Think Inside the IT Box

IT Box is a model within DoD’s Joint Capabilities Integration and Development System (JCIDS) to enable greater requirements flexibility for software programs over $15 million.

The IT Box model in the JCIDS Manual facilitates more efficient and timely software development by reducing the requirements documents required to go through the JCIDS process. An Information Systems Initial Capabilities Document (IS-ICD), a variant of the regular ICD, which outlines the “IT Box” is approved via the JCIDS process.  Subsequent requirements documents, alternatives to CDDs and CPDs, are streamlined and incrementally approved. Requirements oversight and approvals are delegated to a flag-level oversight board within a Service or Component.  This provides IS programs greater flexibility to incorporate evolving technologies and achieve faster responses from requirement validation processes.

“The “IT Box” model uses initial minimum values in place of initial objective values so that the baseline capability is clearly specified, and the delegated oversight body has flexibility to further develop capabilities without re-validation of the capability requirements document.”

The IT Box model is appropriate for:

IT Box is are NOT appropriate for:

The following diagram is tailored from one in the JCIDS Manual as an example of using two document types. Actual names, content, and approval process are at the discretion of the delegated oversight authority. 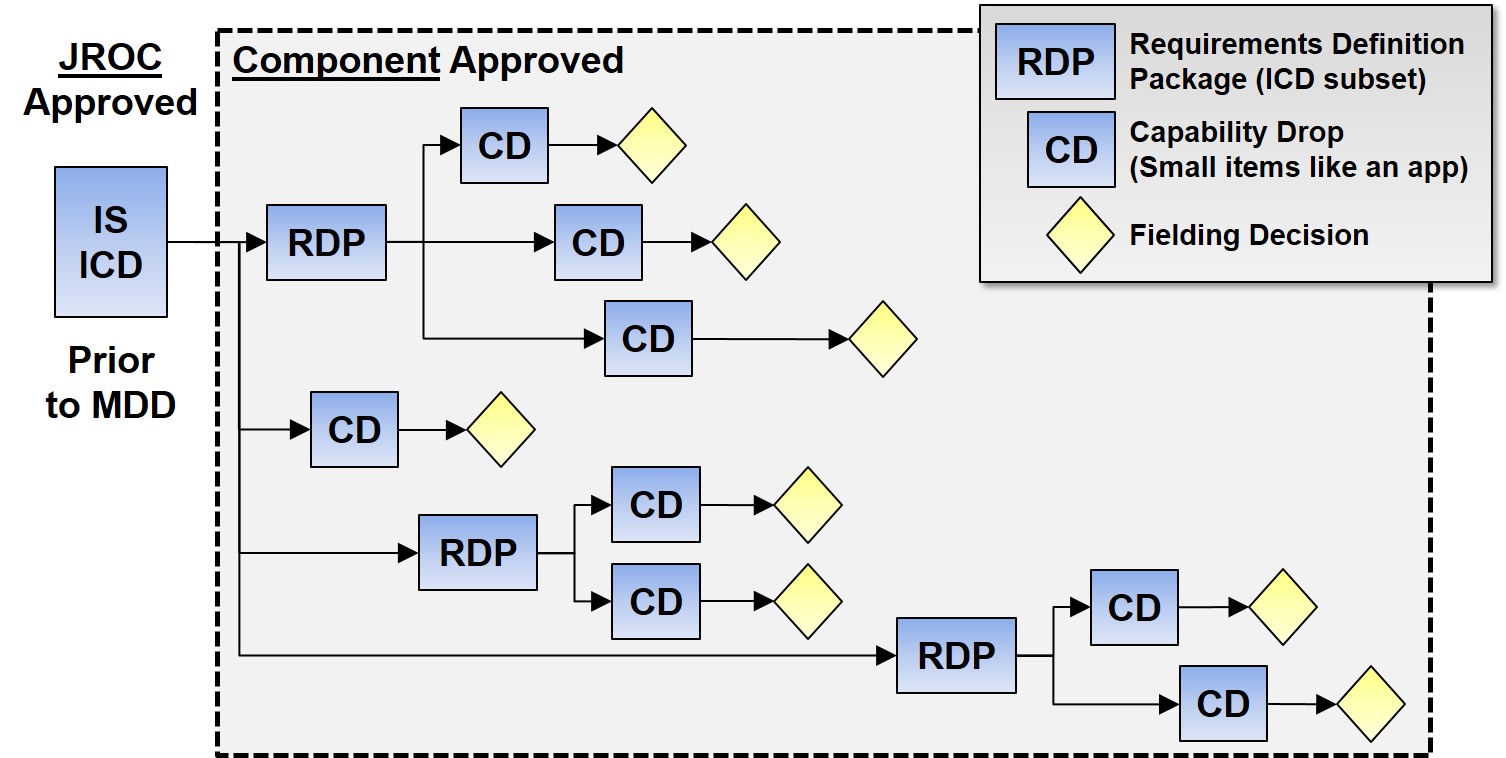 The IS-ICD is the preferred method for implementing the IT Box model, but IS-CDDs may be used in cases where a validated ICD contains capability requirements which can be addressed by a combination of IS and non-IS capability solutions and the IT Box construct is applicable to the IS portion of the capability solution(s). IS-CDDs may be used for MDAP and MAIS programs to comply with statutory requirements for a CDD while allowing for other flexibilities of the IT Box model. IS-CDD are also appropriate for use in cases where a validated CDD was generated before the IT-Box construct was introduced, and the Sponsor wants to revalidate under the IT-Box construct. The IS-CDD outlines a similar IT Box and upon approval via JCIDS, requirements oversight and subsequent documentation approval is delegated to the identified flag-level requirements board. The August 2018 version of the JCIDS Manual places increased significance and use of IS-CDDs, yet there is significant risk in overly defining IT requirements in a CDD, even if tailored.

See the JCIDS Manual for full details on IT Box applicability, documentation, and process details.

Aligning IT Box and Agile 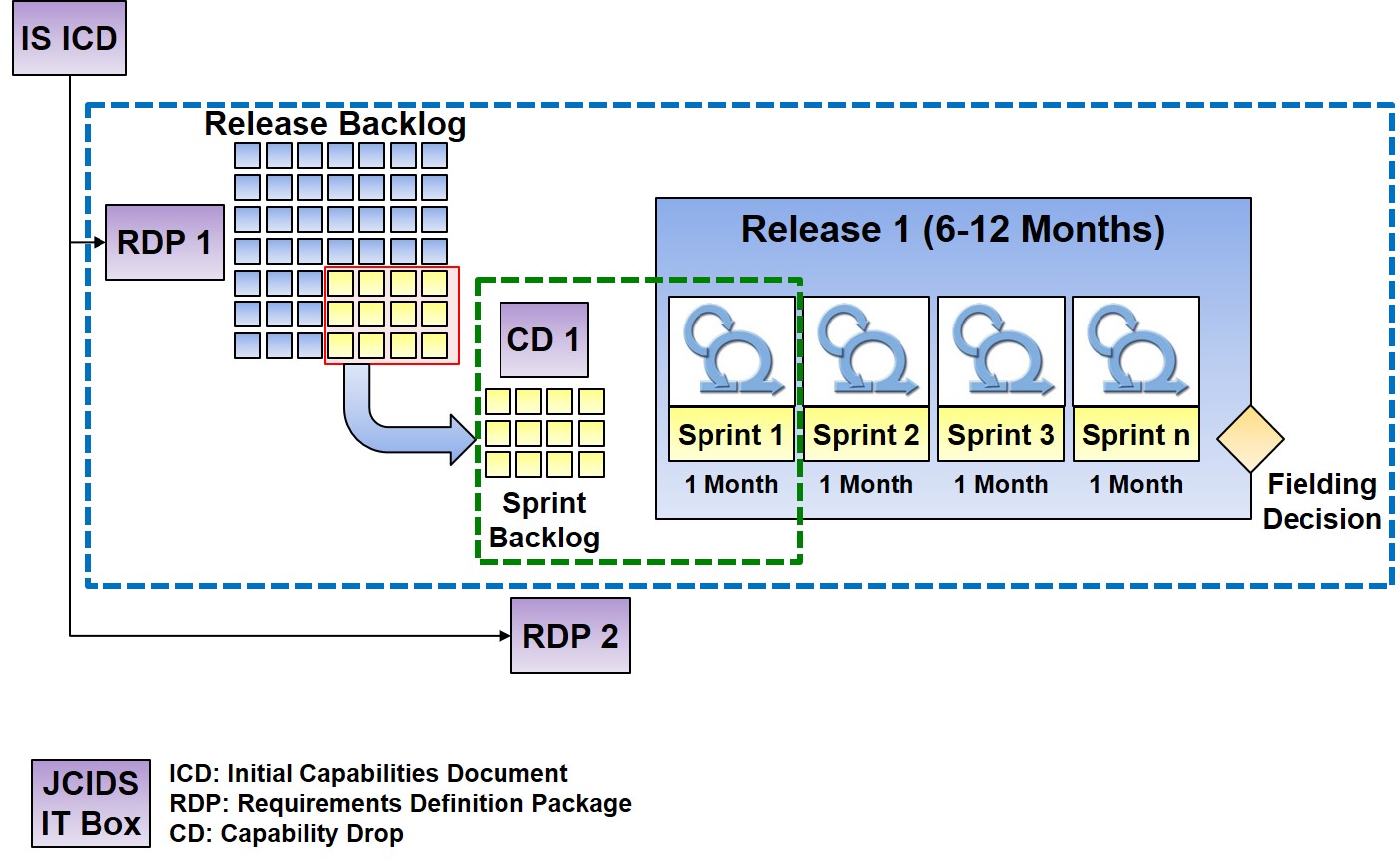 IT Box provides programs great flexibility to iteratively define and document their requirements. Programs using an Agile methodology often manage requirements via user stories via product, release, and sprint backlogs (or equivalent).  Programs may consider tailoring the notional RDPs and CDs as outlined in the JCIDS manual with release and sprint backlogs.