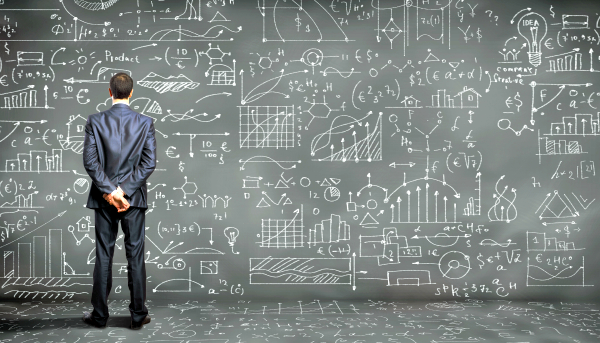 Determining “fair and reasonable” is a judgment call but it may be hard to justify rates when the vendor is a start-up or unaudited small business.

A Contracting Officer’s determination that a price is “fair and reasonable” can be satisfied in a variety of ways, many of which are a judgment call based on data provided by the vendor, by Government sources, or by secondary sources. When a vendor’s proposed rates cannot be verified in a timely manner through a Defense Contract Audit Agency (DCAA) audit or an Administrative Contracting Officer (ACO) or equivalent, usually because the vendor is new to working with the Government, the Contracting Officer must find a different way to justify rates.

The following ways to justify rates, primarily for an unaudited small business but applicable to non-traditional vendors seeking contracts or agreements with the Department of Defense, are not infallible but are a jumping-off point for the Contracting Officer, particularly with smaller research contracts.

Create a database of rates for similar efforts. This is especially useful for buying offices that award many contracts to start-ups, small business concerns, or other “nontraditionals.”

The database may be built from recent similar procurements, GSA rates, or Price Negotiation Memoranda from the last few years plus escalation if appropriate. It can cover a few broad labor categories or be much more detailed.

For example, in the 1990’s Small Business Innovative Research (SBIR) Phase I studies were contracts negotiated using DCAA recommended or pre-negotiated rates. In cases where no audits had been performed, we had a few choices: turn on an audit even though it didn’t make sense for a first timer at a relatively low proposed amount, wait for an Administrative Contracting Officer to verify rates which was unlikely because the vendor didn’t have one yet, research other the vendor’s other contracts or subcontracts with other buying offices to use those rates if available, ask for pay stubs, or ask for copies of employment contracts that included the agreed-upon salary.

Some of these methods took weeks, yet they were still faster than pausing for months to turn on an audit and burn that kind of auditing manpower for a $50k to 100k contract that might be the last the Government saw of the company, not to mention the kind of workload an audit placed on a small business. When I looked at how much money we saved on these small contracts that my buyers were spending an inordinate amount of time on to build their negotiation objective, I knew we needed to come up with a more efficient way to justify their numbers.

After consultation with my Pricing Chief, Policy Chief, and Legal, I pulled data from the last three years of all SBIR Phase I and II contracts (we awarded a Phase III later). I pulled labor categories and rates, then established an average and a range. If proposed rates for certain categories such as principal investigator, engineer, technician, and researcher fell within a narrow range, we referenced our “SBIR Rates Database” in the pricing document and moved on to bigger impacts.

The same kind of “industry” database can be created in various ways, from various data, depending on the type of effort where rates need to be justified or used to build a Government objective, but it’s most useful for firms with little to no experience with the Government.

Let the venture capital firms vet the proposed amount. This suggestion will be controversial to some Contracting Officers but useful to others who can tailor the available information to satisfy the requirement to determine a fair and reasonable price.

In the case of a venture capital (VC) firm match, usually the VC firm or firms contribute to the start-up’s funding within X days of contract award and the Government matches it; if the VC firm or firms fail to provide funding within a particular time frame, the Government rescinds the contract. In VC matches, consider leveraging the VC’s investment to determine what is fair and reasonable. Whether the Government is matching dollar for dollar or only a percentage of the VC portion, whatever the VC is willing to fund can be used for pricing.

For example, if it’s a dollar for dollar match, for $250K of VC funds and $250K of Government funds, the buying office could write a pricing memo that bases acceptance of the proposed rates on the amount the VC firm is willing to invest. This might seem superficial to Government cost/price analysts who have never worked with VC firms, but the VC firms often hold vendors to milestones and have done their due diligence before sinking their own funds into a start-up. From personal experience, I’ve seen VC firms vet a start-up’s proposed work a lot harder than a Government pricer who may not have much experience. If a VC firm has already vetted the proposed amount, why not take their pricing match as acceptable without duplicating effort?

This isn’t necessarily a no-brainer, however. The lower the contract value and match, the less likely a VC firm is to put as much effort into scrutinizing the start-up’s numbers. They tend to pay much more attention at larger amounts. Some VCs have a rubric they use as part of their due diligence; others go by “gut feel.” This means that the Contracting Officer may need to decide how much “due diligence” is enough to determine that the contract amount is fair and reasonable.

The key to both of these methods of justifying proposed rates is that you don’t spend more effort justifying small differences than you are paid for your time to justify those prices. The time and effort of the Government employee is not free, so look at the big picture in making decisions about how much to negotiate. There are lots of ways to arrive at “fair and reasonable,” and both of these techniques are covered in FAR Part 15.4 as data retrieved from either from internal Government sources or secondary sources of data.

To establish a database:

For a VC match: