Justification and Approval (J&A) documents for sole source contracts can be a major driver in your procurement lead time, often getting stuck in a months-long review cycle…sometimes over a year…and often delaying much needed supplies or services. While this isn’t an issue for the post-award J&A allowed for a -2 (pronounced “dash-two”) J&A—a reference to the citation for unusual and compelling urgency—this technique is especially useful for -1 J&As—only one source. If you plan ahead and make a few tweaks to your acquisition strategy, you can reap the benefits later, particularly on related contract actions.

The first secret is to use a class J&A instead of an individual J&A.   Per newer rules, you’ll do this anyway for Indefinite Delivery Indefinite Quantity (IDIQ) contracts because an IDIQ will be an umbrella for multiple task orders or delivery orders which are now treated as little contracts within a larger contract.

However, you can’t just pile all your contracts together under one class J&A: there is a rhyme and reason to it. You might have multiple related contracts with one contractor, for example. Let’s say you work in a program office where you have contracts for production, tech support, and R&D, all sole source to Anrol Inc. Instead of multiple individual J&As, each taking months to make it through the approval cycle, you lump them together.

TIP: If you do have to get approval at higher levels, it’s smart to grease that pathway by chatting early on with that approval authority’s staff to make sure you’ve considered preferences and quirks you might not otherwise be aware of.

Let’s say you expect to have a sole source contract with Anrol* Inc for the Reddet* Program. You know you’ll be buying Reddet missiles for SOCOM, but SOCOM’s needs change in real time with the real world, so even they don’t know what they’ll need on contract related to Reddets in a year. Typically in a class J&A, you list the related contracts the J&A applies to, including their numbers, Contractor name, and other pertinent information. If you have that, great! But if not, you can write about possible or likely additional, related contracts within scope of the J&A that haven’t been solidly nailed down yet.

The trick here is to ask your customer to list anything they can possibly foresee as a need by the end of the contract period of performance and include it in your list of potential contract actions under the class J&A. Broad scope is your friend here.

TIP: It’s also possible that the other actions and the reasons for them will need to be specified in a classified annex referenced in the J&A that could be provided to the appropriate reviewer or approval authority. Some required databases don’t allow for classified or sensitive information, so you may have to provide your J&A outside the database or with an annex provided under separate cover.

You can also use a class J&A for multiple Contractors on a single solicitation. For example, let’s say that you need three demo contracts for Reddet Drone Countermeasures and there are only three Contractors that have security clearances for that particular technology. These need not be classified contracts—“aka -6”—but the expertise needed still limits who can play in the source selection. Your competition would be restricted to those three, so you would need a -1 J&A, which could be a class J&A rather than three separate J&A’s.

Let’s go a step farther. Your three Contractors have demonstrated their technology and now you want Anrol Inc to make a few alterations and build 5 Super-Duper Reddet Drone Annihilators so your customer can test them in the field. If you have a class J&A and you’ve written the scope broadly enough to include this possibility in both your J&A, acquisition strategy, and communications with your three Contractors so no one’s surprised, then you might add another contract under the class J&A for that particular action. Obviously, your risk tolerance as a Contracting Officer may vary.

Can you use this technique for other citations? Most often, I’ve heard arguments against using class J&A’s for -2’s, but I’ve also seen the same skeptics change their minds when faced with a real situation rather than mere theory. The usual question is, how can you have unknown but related requirements under a class J&A, as if we know exactly what the next related emergency will be. Often, as is becoming evident in innovation hubs, we know we have a problem area (threat) even if we don’t have a specific requirement, so we might have a requirement for now and something relevant that would fit easily into a class J&A if only we could see a few months into the future. In these cases, a class J&A will provide the maximum flexibility for the next contract. Be sure, of course, to keep the delivery of all contracts, including any added, within any mandatory limits unless you get a waiver (example: a waiver for exceeding 12 months for a -2 J&A). 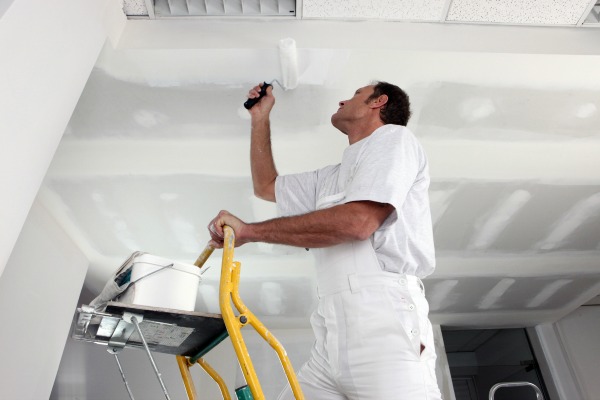 Getting as close to the J&A threshold without going over will give you more room for flexibility.

2. Maxing Out Your Thresholds

The other secret to being flexible and cutting J&A lead times is to max out your thresholds. The old way of thinking was to try to keep your expected contract ceiling(s) arbitrarily under the J&A threshold for a higher level approval. Reviewers would see a J&A for $100 under the threshold and immediately question whether the Program Manager and Contracting Officer were trying to game the system. However, the last thing the team wanted to do was to bust a threshold because that would mean going back for approval—at the next higher level and to someone who might not be as forgiving. Enough reviewers had seen teams burned by trying to get approval based on purposely underestimated dollar figures, only to see the program bust those thresholds because they cost what they cost, regardless of game-playing. Eventually that piper had to be paid!

Scraping by by the skin of your teeth to stay under a threshold is not the way to create a flexible acquisition. Instead, do the opposite: push the J&A dollar value as close to the threshold as you can without hitting it or going over. That means that if the threshold for the next level of approval is $500M and you’re buying Reddet Missiles, related services, and several possible variations under a J&A, aim for $495M.   You can’t just pull that number out of the air though. Talk with your customer about every foreseeable addition, variation, related service, etc, to bump the scope up to the threshold. You’re not trying to stay under—you’re trying not to go over.

What approval at just below the threshold does for you is to give you the ability to add in-scope work as necessary and much more quickly if you need to turn the effort fast.

As you use these two techniques, you do want to give it some thought.   No short-cuts. This is a calculated decision to make this and related acquisitions more efficient, reducing both the drain on resources and the lead time to get those Reddets to the user in the field.