Price-Based Acquisition for When You Have More Data than Time

What if I told you that you might be able to lop a year off the lead-time for your next production lot buy? Follow me down the rabbit hole.

What Is Price-Based Acquisition?

Price-Based Acquisition, or PBA, is a highly tailor-able tool I’ve used in strategizing lot buys for items that were similar to previous buys, but it could also be used for other acquisitions where you have more data than time.   The idea is that your Contracting Officer can establish fair and reasonable prices for products and services based on existing extensive data—including production lot buys—without the burden of collecting and analyzing certified cost or pricing data.

The greatest benefit is that you can use price analysis instead of cost analysis for a sole source negotiation, using data that already exists.

Like many of the “new” innovative Contracting tools out there, PBA has been around for a long time. PBA was a major DoD Acquisition reform in 1998, and I got my first shot at it as a Contracting Officer in 2000 but rotated to a new position before I could award it. By the time the Rand Corporation conducted interviews for a contracted study of its benefits, I was the deputy for the Acquisition Center of Excellence mentioned in the report—you can read some of my paraphrased praise for PBA and how my team used it to buy missiles in the downloadable RAND study, Price-Based Acquisition: Issues and Challenges for Defense Department Procurement of Weapon Systems (2005), at https://www.rand.org/pubs/monographs/MG337.html.

If you have an innovative bone in your body, I urge you to read the entire report, including the examples, so you can see how it was used around twenty years ago.   You will probably also wonder why it’s not used more often. Me, too. The conclusions of the study aren’t damning, but the mindset by 2005 was to look for explicit cost savings, and the Government doesn’t usually consider the savings in manpower or time as we must now. Government manpower is often viewed as “free” because those costs may not be associated with a specific program and the employees are working regardless of the workload and opportunity costs of not working on the next big thing. As the collective consciousness of Acquisition shifts toward the urgency of pushing weapons systems to the field more quickly, it’s time to reconsider the advantages of Price-Based Acquisition.

The original intent was that PBA would save money and time in the cumbersome Acquisition process. While I have seen some savings on the Contractor side that were passed along to the Government, the savings that interested me more—and were more significant–have been in terms of Government resources and procurement lead-time.   The last PBA I strategized on, this Course of Action cut 12 months out of a semi-optimistic 18-month timeline from release of solicitation to contract award. Six months may seem like an eternity to a Contractor or a Program Manager who wants an award in a month, but it included all the wickets and reviews we could not escape in writing a FAR-based contract. This meant that, had the PBA COA been selected, the Contractor might have begun producing the items a year sooner and the Program Officer could have focused on the next program a year sooner.

Can PBA cut a whole year out of your timeline?   I don’t know. That depends on what you’re buying and assumes that the Contractor will be timely in their responses—some take months longer than others in sole-source situations—and that decision-maker turnover and internal issues don’t create detours. What I do know is that PBA has the ability to reduce procurement lead time significantly as long as you have existing data you can rely on. 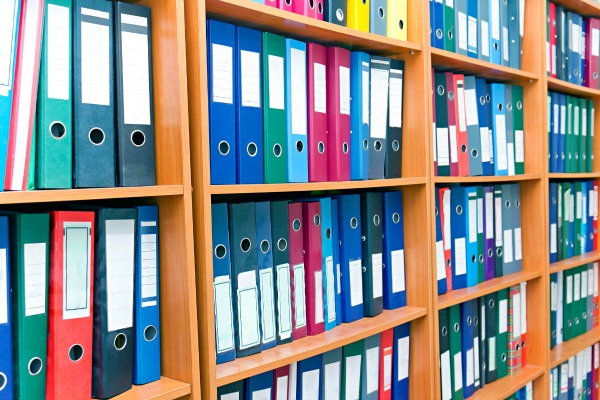 Who says you can’t have enough data?

In Lieu of Additional Data

Where does the existing data come from, the data you can use in lieu of requesting the Contractor submit additional data?   Previous buys, source selections for other Services, historical data, you name it. It really depends, as does most anything Contracting-related, on what you’re buying and the story surrounding it.   For my first PBA in 2000, I was originally told that I didn’t have enough data to waive obtaining certified cost or pricing data.   I took a newfangled digital camera into the hallway which was lined with lateral file cabinets taller than I was and double-sided and took picture after picture of only the cabinets that housed the paper copies of our files and dropped those photos into a strategy briefing.   I proved my point.

It’s easier now to refer to digital files, audits, spreadsheets, reports from buying offices that have contracted with the same vendor for similar products, available information from ACOs and auditors. Maybe the data has already been certified in a recent buy or was submitted in a source selection where adequate price competition existed.   Maybe an escalation factor is all you need to apply to it. Maybe the existing data is the basis for applying learning curves or pricing bands. You can be creative.

To show you specifically how you can use PBA, I’ve made up two examples that are similar to strategies I’ve been a part of. These aren’t “pure PBA” because they aren’t exact repeats of another buy but it’s a landscape where you can benefit. I’ve modernized the situations a little bit to give you some ideas about how to get to “fair and reasonable” without slogging through a ton of newly provided certified cost or pricing data.

Let’s say that your Program Office has been buying a super-duper Weapons System Widget for the last 5 years and you’re up to Lot 6. Now, to accommodate a new AI threat, the current widget will need to be tweaked to add some new parts. The new version will be about an 8% change in the last version.

(Note: My personal comfort level for waiving cost or pricing data in these cases has been stretched at 15% difference but 5-10% didn’t make me flinch. Your Contracting Officer’s tolerance will probably be different.)

At this point, you have 5 lots of data. Maybe several full-blown audits and a few years of actuals. Whether those lots were the result of a competition or the Contractor has certified the last 1-5 lots, you have 92% of what a Weapon System Widget costs.   Following me? Instead of weeding through cost data for 100% of the widget, you can focus on the 8% delta.

This may mean that you can waive cost or pricing data for 100% or perhaps you get it for just the 8%, depending on your own risk tolerance…and what you can get approved. You may use the 92% data as is or add escalation or whatever suits the situation, but you’ll go through the normal proposal/audit/negotiation process primarily for the 8%.

Let’s say you’ve just popped a champagne bottle over the success of your Other Transaction for Prototype that you competed last autumn for the Air Force and the plan now is to proceed to Production—and that was fully covered in your overarching acquisition strategy from the Prototype phase. Your vendor is a Big Defense Contractor and you’ve been instructed to use a FAR-based production contract because of that. You’re used to moving fast and you don’t have a year to spend going back to the traditional path of obtaining certified cost or pricing data.

Your widget prototype was similar to what your Contractor has been working on for, let’s say, Missile Defense Agency. The version the Contractor prototyped for you is 85% the same as the other version they’ve been working on. Maybe they already have a production contract with MDA for the similar version or maybe they just wrapped up a source selection for that version. In both cases, you may be able to use the existing data for that 85%.   If another Government buying office has the sole source data, you can piggy back off that.   If they competed recently—whether or not they won—you could use those prices for your 85% portion as long as there was adequate price competition.

Is this perfect? Of course not.   Will you need to do some tweaking to fit your situation?   No doubt. It’s not a one-size-fits-all tool. You’re meant to put some brain power into figuring out how to make it work for you.

How You Save Procurement Lead Time

In a traditional Cost-Based buy—not PBA, in other words—you spend a lot of time looking down and dirty at all the cost data. That means the market research, solicitation, proposal, audits, evaluation, and negotiation phases are all maxed out.  If you are focused on only the delta, some of those phases can be eliminated altogether and the others can be reduced significantly.

Here’s the projected timeline of the last PBA I strategized so you can see the differences and how we could eliminate a year of effort. The shading represents how much effort was required for each phase.

This is where the savings come in, particularly in Government resources. Audits are a huge schedule driver, but not the only one.

What Contractors Think about Price-Based Acquisition

Of the Contractors I’ve interviewed, their opinions of PBA tend to fall into one of three camps:

Advice If You Choose to Play

As with most innovative tools, skeptics will appear later to question your success. Keep your original procurement schedule, both for traditional and PBA COAs. At some point later, you’ll be asked if you actually saved time. If the price is lower than similar or past contracts because the Contractor passed along savings, annotate that somewhere in your file as well.

We all come to forks in the road and can’t say exactly what would have happened if we had taken the other path—often the skeptic or auditor’s question—but don’t be too quick to toss out the thought process that went into your strategizing. After you’ve left the Program, your successors and future critics will interpret your intentions without asking, so documentation—at least a little bit—can be your friend, both for your own defense and to help future teams understand how to emulate your success.

Back in 2000, we never thought to we needed to document some of our discoveries, and it’s one thing we were dinged for by those who’ve read the RAND study. We also didn’t document that we were breathing air every day because to us at that moment in time, we didn’t think it was necessary to say so.

“Workload relief due to PBA was considered real and was welcomed, but it was also viewed as temporary unless DOD went completely to PBA for all its acquisitions, which everyone saw as unlikely.” – RAND report