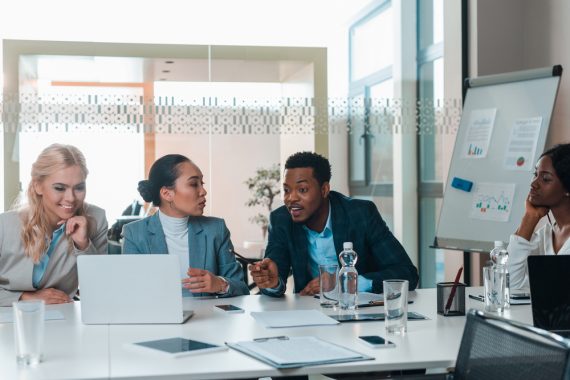 Temporarily embedding Government personnel with the Contractor can ease both parties through a mutual understanding of the requirements.

One of the places where we can lose significant time, both before and after contract award, is with communication, specifically with having a meeting of the minds as early as possible in the procurement process and continuing that meeting of the minds throughout contract performance. Co-locating Government personnel, at least temporarily, with the contractor can be beneficial to both sides, specifically in sole source partnerships where the relationship has been either contentious or rife with misunderstandings of the technical requirements.

For example, I’ve seen Major Defense Acquisition Programs (MDAPS) successfully use this technique, referred to as “enablers.” An enabler, a federal employee working with the program manager, would rotate two-week stints in the sole source contractor’s plant. Their primary role was to act as a facilitator between Government and Contractor, answering technical questions on behalf of the Government, usually as a representative of the Program Manager but with the Contracting Officer on “speed-dial.” These enablers were embedded with the contractor and served as the Program Office’s eyes on the scene, working with the plant’s Administrative Contracting Officer. The embedded personnel, as a liaison, was not speaking on behalf of the Contracting Officer, but they were smoothing the process and could help bring attention to any upcoming showstopper while there was time still to fix it. These personnel were generally more experienced engineers because that’s what this Program needed, but they could also have been less experienced personnel who were being developed or broadened as a stepping stone to their next promotion.

The concept of embedded personnel can also be used during the pre-award process, though recommended only in cases of sole source contracts, most likely follow-ons where there is a history of misunderstandings. Although some buying offices within the Federal Government have used or still use a technique known as One Pass, Alpha Contracting (not the same as in NDAA 2020), IPT Pricing, or Review/Discuss/Concur (RDC), this technique was shut down for many buying offices over a decade ago. With its sudden loss, I’ve seen increased frustration in communicating requirements and understanding technical approaches between the Government and Contractor that I rarely saw during its use.

Some creative Contracting Officers and Program Managers take an alternate path, not referring to this technique as RDC or any of the synonyms previously used for similar techniques, but instead calling it “fact-finding” or “advanced fact-finding.” When fact-finding is early, aggressive, and detailed, it can substitute for the review and discuss portions of Review/Discuss/Concur, with concurrence not happening until after the proposal is submitted and negotiated. The concern with RDC a decade ago was that the Contractor might not be able to arrive independently at their pricing.

How often does this happen? Maybe the following scenario sounds familiar.

The Program Manager and Contracting Officer have been challenged to “go faster” and, after months of hard work, the Request for Proposal (RFP) goes out to the Contractor. It’s high-dollar, high-visibility. The Government and Contractor have discussed the requirements somewhat and both parties think they understand each other. Maybe the Contracting Officer has sent out a draft RFP or piecemeal parts of the contract that have been rewritten, re-edited, and revised ad infinitum.

Because the solicitation is so complex, the Contractor is given more than the usual 30-45 days. In fact, the Contractor has to come back and ask for a 30-day extension…once…maybe twice. Finally, the proposal arrives.

The Contracting Officer notifies the Program Manager, who notifies the PEO. They are already behind schedule by a couple of months and that includes calls from the PEO to the Contractor’s vice president to try to speed up the process. In an effort to move faster, the Program Office team has already skinnied down the evaluation period, expecting to work nights and weekends. Two days later, the evaluators—neck-deep in the proposal—begin glancing around the evaluation room, frowning.

Within another day, the entire evaluation team is aware that something’s wrong. How could something they thought was so clear in writing the requirements have been so misunderstood? Within another week, the Program Office has its notes together, and the Contracting Officer sends out a request for a revised proposal to address deficiencies.

Sure, minor deficiencies can be addressed during negotiations, but this misunderstanding is too great. It’s almost like starting from scratch. The team already knows that if the Contractor takes even another 30 days to re-propose, which will probably be considerably longer, then the Program Office has already missed its deadline.

Not an arbitrary deadline, but one that could mean loss of life.

By embedding someone with the Contractor’s proposal writing team, whether on a part-time, full-time, or temporary basis, both the Program Office and the Contractor can benefit. Embedding an assistant Program Manager, for example, for two to three weeks of the technical proposal process would allow the Contractor to ask technical questions. In cases where the communication is better with a sole source contractor, Program Managers are often already available to answer questions by phone.

Are embedded personnel from the Government writing the proposal? No. They’re answering clarifying questions, and a good Contracting Officer can help to establish The Line That Shall Not Be Crossed.

What’s a clarification? Real life example: a Contractor filed a claim for over 100K against the Government over an ambiguous requirement—literally a misplaced comma that indicated a need for an additional capability wasn’t really a requirement. That misplaced comma could have been avoided if the Contractor had turned to an embedded person and asked, “Hey, this Statement of Work doesn’t make sense. Is this capability required or not?”

And the embedded person could have squinted at the words and answered, “Of course! Oops, I need to tell the Program Manager that we need to reword that sentence. Excuse me while I call her and my Contracting Officer.”

The concept of embedding could also be expanded to include having Contractor personnel answer questions about a sole source proposal, but using oral presentations for the proposal are usually a faster solution.

This technique of using embedded personnel is not necessary for most procurements. However, embedding personnel with a Contractor, particularly when advanced fact-finding is used, can make a difference in mutual understanding.  The Contractor will have a better understanding of the requirements, plus the Government will have a running start on the evaluation.