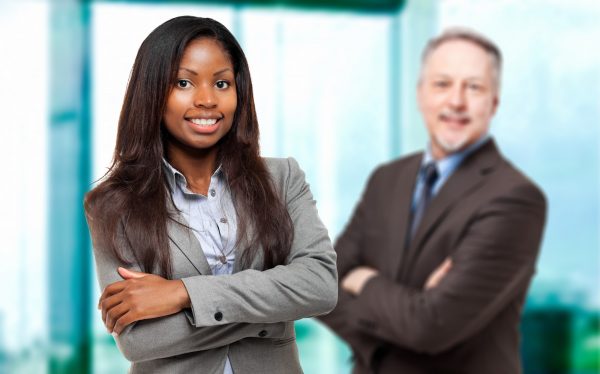 Sometimes the best mentor is from a generation born after yours.

If you want to see the future, get to know the youngest person in the room. That’s not a “boomer” complaint about Millennials and Gen Zers:  it’s inspiration to keep learning, stay relevant, and—most importantly—open doors for the next generation to improve your world and theirs.

Some people see that as “youthful mentors” or even “reverse mentoring,” and while those terms may both be true, it’s a way of teaming up across generations for a common goal.  Generations tend to get stuck in their differences, defending their own hard-won methods as the best or only methods.  Relevance is often critical to self-worth, and those who lose relevancy will try harder to make everyone do it their way to make their way and themselves relevant. These generational silos reinforce the idea of only elders being able to teach when, especially with today’s technology, the “kids” may be the ones doing the teaching.  Partnering across generations can advance both organizational and individual professional goals.

Outside of Acquisition, I have a group of somewhat famous writer friends.  You would probably recognize their names, particularly if you’re a woman who likes to read.  We all started our careers at the same time, but I couldn’t handle two full-time careers and a family so I chose to focus more on a parallel path as a Contracting Officer. When we began our alliance of writers back around 1992 on an electronic bulletin board—early adopters’ social media—these were some of the most innovative minds in that career field.   We broke a lot of rules with innovative business arrangements and started a few trends. I off-ramped to my Acquisition career while they broke into the big time, but we’ve remained in touch daily.

Around the time I handed in my Contracting Officer’s warrant and started dipping my toe back into that field, I met a new group of writers—same field, same genres—who were my kids’ age. All just as successful as my friends who had been at it for 30 years.  Similar incomes, similar name recognition, but a different way of seeing the world and a different way of finding success.  Whereas most of the time when my generation is in the same room as this younger generation, we start trying to teach “our” way, I decided that with this group, I would observe, listen, let them teach me.  They were clearly successful and without our help.

The differences in the generational approaches were enlightening.  Although my long-time friends had been at the cutting edge of their profession a couple of decades ago, they still used the same techniques and still thought of themselves as innovative.  I cringed a lot.   Some of what I had started hearing was simply outdated.  When I suggested a technique I’d learned from my younger experts, I was quickly put down as not knowing what I was talking about, which is exactly why the younger experts weren’t moving in the same social or professional circles as the older experts.

In my older group, a couple of members had once been my mentors for learning how things worked then.  In my younger group, I also picked out a couple of mentors, though it’s a less comfortable word to use when they are decades younger.   One in her mid-twenties is more successful financially than any of my older mentors. Another, in her early thirties, has taught me more on a particular subject than I’ve learned in her entire lifetime.   When I passed along some of these nuggets to my older group, most waved me off, but a handful adopted those new insights and saw their already-good income double.

Late in my Federal career, I complained that it was hard for me to find a mentor anymore, or even anyone to soundboard with.  I was used to people coming to me for mentoring, and though that was fulfilling, I was also a little disenchanted that I had very few people I could go to. As it turns out, I was looking in the wrong direction. Though I had awarded Other Transactions in 1997 and had a boatload of innovative Contracting tools I could teach, where I felt excitement was in working with Millennials and now Gen Zers as well.  Partnering up with those of other generations to exchange insights meant evolving my toolkit and seeing the potential in those old tools in new ways.  It meant me setting aside my usual role as an Acquisition Elder to listen and learn rather than insisting that only my way and only my insights were appropriate.

Seeing tomorrow’s needs and my current tools through the next generation’s eyes gave new life and new relevance to what I knew could work.

Look around your organization or professional association, or even in your own household.   Choose at least one person in each generation who can teach you something and ask them to mentor you on it.  Maybe it’s Commercial Solutions Openings.  Maybe it’s software factories.  Maybe it’s the best app to take your to-do list to a whole new level.  Maybe it’s understanding a particular mindset.

You can call this flipping the mentor model on its head, if you want, but it’s still all about building relationships and learning from one another to build something better together.