Flournoy: The Pentagon and Congress Need to Do More 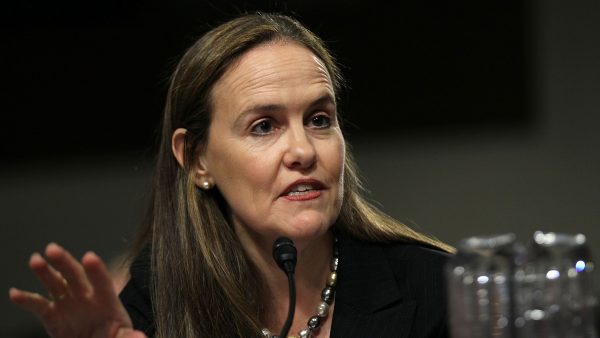 Michele Flournoy was scheduled to testify in front of the Senate Armed Services Committee (SASC) this week on Global Security Challenges and Strategy, yet couldn’t make it as she was part of the delegation to travel to Taiwan. However she did submit prepared testimony and I wanted to share a major excerpt.

I remain concerned that we are not acting with the speed and scale required to be successful. Despite a growing sense of urgency and focus among Pentagon leaders, DoD is still struggling to reorient its concepts of operations, experimentation, training, overseas posture, acquisition, networks, and talent management to meet the demands of being able to confidently deter and, if necessary, defeat aggression by Beijing or Moscow in the coming decades. Nor has Congress fully committed to supporting the key changes required.

To be fair, some progress has been made in stimulating innovation across the Department, just not yet at the pace or magnitude required. The new leadership team in the Pentagon appears to be focused on this problem and has taken some important steps forward in their first year in office. And thanks to the great work of this committee as well as the House Armed Services Committee, in recent years the Department has been granted a number of new authorities that have enabled more technology demonstration, experimentation and innovation. That said, DoD’s improved efforts in surveying the technology landscape, identifying potentially promising solutions to priority problems, and then rapidly prototyping new capabilities have not yet meaningfully accelerated the actual adoption of innovative solutions at scale. Too few successful prototypes have been able to cross the so-called “valley of death” between a successful prototype and a procurement program of record. Similarly, in the last few years the services and Joint Staff have belatedly begun serious efforts to develop and experiment with new concepts of operation for dealing with great power rivals, but these are still works in progress. The outcome that DoD so urgently needs—more rapid fielding at scale of critical concepts and capabilities that will enable U.S. operators to deter great power rivals – has remained elusive.

Why this resistance to change? Driving change in large, bureaucratic organizations is notoriously hard. In the Pentagon, it can seem nearly impossible. The prevailing bureaucratic culture remains highly risk averse: avoid making mistakes, don’t rock the boat, and stick to existing ways of doing business.

Moreover, these leaders generally rotate every 2-3 years, making it difficult for them to fully realign and incentivize the workforce to embrace the new behaviors required to speed and scale innovation and to hold them accountable for results. Lastly, too often DoD has not brought Congress along as a key partner on this journey, leaving a back door wide open for those who want to oppose change.

But if the Pentagon’s own wargames are to be believed, DoD leaders must now take much bigger, bolder steps to keep the U.S. military-technological edge over great power competitors such as China or risk losing that edge within the decade — with profound strategic implications for the United States, our allies and partners, and the world.

Ensuring that the Department can adapt to meet this challenge with the needed agility, speed and scale will require fundamental changes in how the DoD operates – and how Congress acts to support these changes. But changing ingrained behaviors and cultures in the Pentagon and on Capitol Hill is far harder than revising the defense strategy. It will require a clear and compelling vision, sustained leadership, extensive change management, realigned incentive structures and greater accountability to alter entrenched behaviors that must change.

Going forward, I would like to see a two-pronged effort in the Department:

First, a near-term effort to strengthen deterrence in the next 2-4 years using the capabilities we already have in hand in new ways and undertaking a campaign of activities to demonstrate U.S. resolve and our ability to deny the success of any Chinese aggression and/or make it too costly to contemplate.

And second, a more comprehensive mid- to long-term effort over 5-20 years to transform the U.S. military to be fully prepared to deter and defeat great power aggression in the future. This should include: developing new operational concepts and ramping up wargaming and field experimentation to test them; training to new ways of operating; making some big bets in critical technology areas; accelerating the speed and scale of innovation adoption through changes to DoD’s traditional requirements and acquisition approaches; new funding to transition successful prototypes into the program of record; a new sub-cadre of acquisition professionals trained and incentivized prioritize agility, speed, smart risk-taking, and accountability; and recruiting, developing and retaining a more diverse workforce as well as more tech talent in the national security enterprise.

To the extent that the administration’s FY23 budget request includes such changes, I would urge this Committee and the Congress to support them; to the extent they are missing or judged inadequate to need, I would encourage the Committee to use the NDAA as a vehicle for further incentivizing and accelerating change.

Ms. Flournoy hit many of the critical points as to the challenges and opportunities across the DoD. DoD needs to make an aggressive push to accelerate capabilities currently in the development pipeline, harness commercial solutions, and develop processes and funds to harness the Innovation Ecosystem and bridge the Valley of Death. DoD needs to aggressively transform its processes to be a better customer to the innovative technology companies to include harnessing agreements like Other Transactions and Commercial Solutions Opening instead of the cumbersome FAR-based contracts. DoD, Congress, and GAO need to rethink program oversight to focus more on mission impact and outcomes instead of outdated cost, schedule, and performance measures against an unrealistic baseline.

The Congress has given DoD plenty of new authorities and flexibilities over the last six NDAAs, so new provisions aren’t required. What is needed is Senate confirmation of DoD leaders, passing the FY22 defense budget (we’re currently 40% through FY22), and key officials in the Pentagon and across the department to move out on these new authorities to enable greater speed, agility, and innovation.

I encourage you to also read the testimony of Heather Conley and Roger Zakheim.