Why We’re Confused about Agile vs Rapid 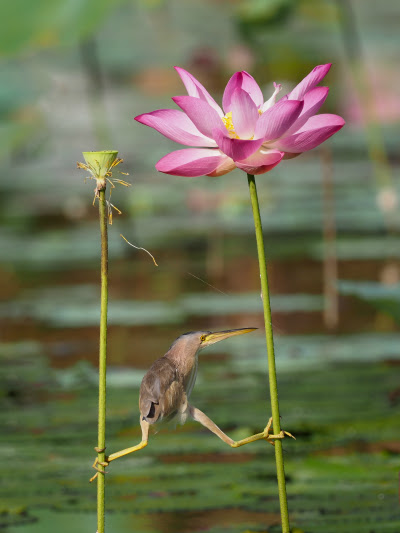 If you’re not looking up, you may not see much difference between Rapid and Agile.

To know where we’re going, it helps to know how you got to where you are. We often look back at some years-old or decades-old or even centuries-old point of view and make frownie faces because we’re truly smarter now, but we have no idea why we did all those dumb things. We look at the current year and the year in question and we don’t see the dash between them or all the ways our thinking evolved during the dash.

We judge past decisions on the knowledge we have now.

One current frustration for innovators and non-innovators alike is differentiating between rapid and agile. Debra Zides defines the terms in depth in her article, “Rapid and Agile: Not Interchangeable,” as well as how to use them in 2019 (and now). They’re too often used synonymously, and that’s creating confusion about what Program Offices are trying to accomplish and—worse—how to accomplish what they want.

How did we ever get the idea that rapid and agile mean the same thing?

Easy.   We did it to ourselves.

In the 1990’s, we called acquisition reform by a specific term: streamlining. The term was used in the same staff meetings as Total Quality Management. Eventually, streamlining fell by the wayside around 2001 or so, replaced by the more comprehensive acquisition reform, which included doing things that weren’t streamlined at all in favor of having what some saw as a better or more thoroughly vetted product or service. Acquisition reform could have meant subtraction but in hindsight, it was used to add layers to the process. No one seemed particularly interested in “going fast.” By around 2010 to 2011, the term rapid emerged as the new, cutting edge of reform. By 2012 when I launched the Rapid Acquisition Cell, rapid was bright and shiny, sexy, favored. Then, as with all new buzz words, something happened.

When cutting edge mantras hit the mainstream, they often become jokes (buzzword bingo!) and passé due to overuse, and/or they take on a negative connotation.   That’s what happened with rapid.

Keep in mind that this was before Middle Tier of Acquisition or the return of the popularity of Other Transaction Agreements. A lot of legislation and news articles have been written on rapid acquisition and agile acquisition since then. But back then, it was new frontier to most acquisition professionals.

I remember because I was on-stage, briefing an industry day about innovative contracting techniques, and defending my use of the term to colleagues inside the Government while industry mobbed me with excited questions afterward. A senior leader had openly stated that rapid was a bad thing because rapid meant fast, and fast…okay, I’m paraphrasing but this is how it was interpreted…fast meant sloppy and wrong. The interpretation was that anything that went fast was wrong.

This news sent every proponent of rapid acquisition reeling.   I was told I would need to change the name of my division to get rid of the word rapid. I was told I needed to rename various programs I worked on and run a search/replace on documents that had been liberally sprinkled with rapid.

We were specifically encouraged to change rapid to agile.   The two terms were considered interchangeable by everyone except those in the IT field…which has come a long way since 2014.

“Find another synonym for rapid,” I was told.

“Uh, fast? How about fast acquisition instead of rapid acquisition?” I’d already forgotten that fast was now as bad as rapid.

“No! Use agile. That’s a more popular term now.”

Shaking your head yet?

Rapid didn’t vanish as I’d feared it would.   Another senior leader—several, in fact—stepped up to give rapid another push, and innovators pointed to that contradictory opinion while anything with rapid in the title was renamed, just in case.

That was the headspace we were all in back in early 2014, before guidance began to delineate the differences between rapid and agile, but for many people, they’re still synonymous because at one point in time, we were told to treat the terms as interchangeable.   And that’s a difficult habit to undo, especially for people who don’t know there really is a difference.

Think about what other words are still accurate but are becoming overused so that we begin to look for synonyms that might not have the same nuances.  Innovation?   Disrupt?  Game-changing?  These words may be becoming overused but they are still valid for the work we intend to do.

Let’s not get so caught up in the names we give what we do and focus instead on what those names represent.