“Have you ever seen little kids play soccer? Without fail, all the kids on the field mob the ball as soon as the whistle blows. It’s the only thing they focus on, despite what their coaches told them about playing positions.

If by chance the ball gets kicked free, the child mob moves to another part of the field and again surrounds the ball. This is frustrating for coaches, parents, and players alike, because instead of playing soccer, they’re just playing mob ball.” 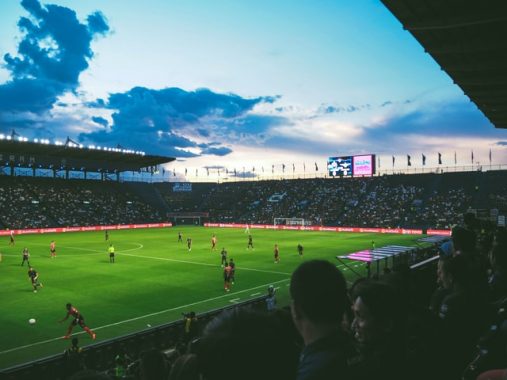 Photo by Fancy Crave on Unsplash

The temptation to play mob ball is not limited to the six-and-under crowd on neighborhood soccer fields. Even grown-ups can find themselves metaphorically entangled in an unproductive pursuit of a rolling object rather than taking action that advances towards the goal. In fact, the opening quote for this piece comes from an article that used little kid soccer as a metaphor to describe behavior in the world of military technology development.

Today’s COVID-19 situation presents a similar challenge. Everyone wants to help. Everyone wants to do their part. Nobody wants to stay on the sidelines. That is wonderful, because this pandemic is very much an all-hands-on-deck situation. Addressing today’s challenges legitimately requires widespread participation, so it’s important everyone does what they can to assist.

At the same time, we want to avoid crowding around the ball and kicking each other in the shins, and not just because of social distancing guidelines. Such clustering may feel productive in the moment… but it’s impulsive rather than helpful, flailing rather than focusing. Instead, we need to spread out our efforts so that we collectively cover the whole field, from vaccines and ventilators to masks and markets. Ironically, everyone doing the exact same thing is the least collaborative option. We must do better than that.

It is helpful to remember to be thoughtful in how we invest our limited time, resources, and energy. We should focus on solving real problems and taking productive action together, rather than creating a futile commotion around a target few of us can even see.

In other words, we need to avoid playing mob ball.

Fortunately, mob ball is not inevitable. With a little thought, it is possible to coordinate our efforts, to learn to play positions with discipline, and to perform activities that put the ball into the opposing team’s net… while keeping it out of our team’s net. Let’s illustrate that by recasting the opening paragraph of this article:

Have you ever seen professionals play soccer? Without fail, the players constantly move away from each other and spread out to find a good position on the field. Staying well apart from their teammates and playing their position seems to be the main thing they focus on.

If by chance two players from the same team end up in close proximity to each other, one of them almost immediately runs to a different spot. This is exciting for coaches, players, and spectators alike, because this is what it looks like when soccer is played well.

In a soccer game, the most helpful place to be is almost never right next to your teammate. Instead, good teamwork requires spreading out so you can pass the ball, run plays, and score goals. The concept of spreading out is not just a good idea on the soccer field (or the grocery store!). It also illustrates a broader strategy for tackling difficult problems like COVID-19.

There is a general principle involved here. The key to building high-performance teams capable of solving hard problems – in any domain, in any time – is to practice a combination of collaboration, experimentation, coordination, situational awareness, inclusion, and teamwork.

Mob ball players exhibit none of those attributes. Instead, their actions are uncoordinated and individualistic. They fail to pass the ball, fail to communicate, fail to work together, fail to listen to their coaches or teammates, and ultimately fail to score any points. Mob ball is the precise opposite of genuinely playing the game of soccer.

The article quoted at the beginning of this piece provides some ideas for overcoming the mob ball situation. “A key first step is recognizing that we shouldn’t mob the ball and that there are multiple pathways and tools that we should use in the right combinations for the challenge at hand. Use experience and critical thinking to select the right methods amongst the full range of options.”

What does this mean for dealing with the COVID-19 situation? It begins with recognizing that everyone-rush-the-ball-all-at-the-same-time is a bad strategy, because when we myopically bunch up in a small space, important things on other parts of the field inevitably get overlooked and neglected. We need to resist the urge to chase every shiny object or idea that comes into view. Instead, we must do the strategic thinking – and the strategic movements – required to position ourselves at the point of maximum helpfulness relative to the rest of the team. This seldom involves standing still – there’s a lot of running required for most positions, and the ball is always in play.

This disciplined approach is what distinguishes the professionals from the rest, the people who are helpful from those who are getting in the way. We each must maintain awareness of the field around us, to see where our teammates are and where they are not. We may occasionally find ourselves on top of each other, which is probably a sign for someone to slide into a better position. Events like the Defense Innovation Networks’ Virtual COVID -19 Summit are an example of what it looks like when we stop playing mob ball and start playing the real game.

Just like in soccer, dealing with the pandemic requires listening, paying attention, and thinking ahead. It involves letting our partners know where we are and where we’re going. It involves dividing up large problems into a smaller, more granular tasks. It involves thinking about long-term sustainment and logistics while we roll out short-term fixes. It involves making sure the urgency of the moment does not blind us to the longer-term task and purpose.

It involves each of us playing our positions… rather than playing mob ball.