CAEs Must Provide Congress Their Naughty and Nice List 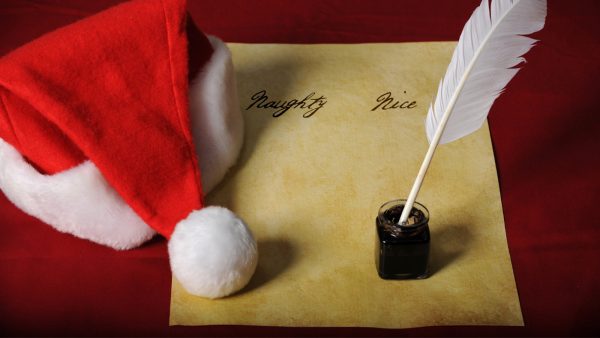 Ever ask a parent which child is their favorite and which they like the least? Silly question, right. Most parents would say, at least in front of their kids, “I love all my kids equally.” Well Congress, which passed the NDAA in time for Christmas, is developing a naughty and nice list of DoD’s MDAPs and wants the acquisition executives’ inputs.

In the FY22 NDAA bill, Sec. 806, Congress wants DoD’s Component Acquisition Executives (CAEs) to tell Congress each year which five major defense acquisition programs (MDAPs) they are most proud of and which five they are most disappointed in. CAEs will develop criteria to rank their programs based on their performance and describe how it aligns with acquisition best practices. The CAEs will be required to report to Congress for the next three years on the key factors, root causes, and get-well plan for each of the five lowest performing MDAPs.

There are roughly 84 MDAPs and 6 programs that will grow up to become MDAPs in the future. The Navy has 40 MDAPs, the Air Force has 28, the Army 20, and the other DoD Components have two. It is unclear why Congress added this, as if DoD doesn’t submit enough reports, nor do the struggling acquisition programs get ample increased attention. The bottom five programs would be at increased risk of OSD or Congress cutting their budget or cancellation.

This reminds me of the performance management system Jack Welch established at GE. In addition to employees, managers were ranked and grouped into the top 20% A players, the middle 70% B players, and the bottom 10% C players. The A players received raises and promotions. The C players were considered for termination. Higher performing B players were motivated to become A players, while lower performing B players were motivated not to fall into the C rating. This system was implemented at several companies, but then generally abandoned due to negative consequences of a cut-throat environment and class action lawsuits.

As a thought exercise, and inputs for the CAEs, the following is what I believe the criteria should be to rate programs, along with the criteria that may regrettably creep into the ratings.

The top criteria in my mind should be: Did/will the program deliver mission impactful capabilities to the Warfighters at the speed of relevance? Combatant Commanders, particularly INDOPACOM, are screaming for more capabilities ASAP to address the current and emerging threats across an increasing range of mission areas. Operational units strain their Joint Forces to meet current mission needs with systems that were designed and delivered decades ago and are increasingly vulnerable and unavailable.

For the MDAPs that have produced and delivered capabilities to date, are they having mission impact? Do they provide increased military performance to deter or defeat adversaries? Do they enable the retirement of legacy systems and manual processes? Do they provide a new range of military operations, reduce risk to Warfighters, and/or reduce operational costs? Or, are they disappointing and short lived because they failed to perform to expectations or the operational environment and threats have evolved? The Zumwalt-class destroyers come to mind here.

The new Software Acquisition Pathway includes a Value Assessment that is conducted at least annually. The operational sponsor, with inputs from end users and other stakeholders, provides written feedback to the acquisition community on the mission performance outcomes and their satisfaction with the software delivered. This feedback is invaluable to shape the requirements, investments, and designs for future iterations. MDAPs may want to consider using value assessments for sponsor feedback.

For the MDAPs that are still in development, some of the performance criteria should be:

Criteria That I Would Not Recommend, But Likely Will Due to Muscle Memory or Politics

It will be interesting to see how this reporting plays out and what the incentives and behaviors it drives.

What will Congress do with this new naughty and nice list? Will nice programs get a little cash to buy more toys? Will naughty programs get a lump of coal in their stocking, or worse, a call from the GAO?

What do you think should be the key criteria to rate acquisition program performance?