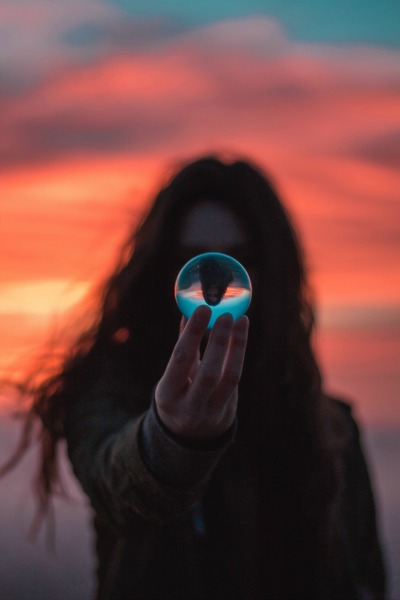 Critical thinking IS the deep work beyond analysis.

The biggest complaint I’m hearing from my network is that many [self-proclaimed] innovators aren’t innovating.

“All talk and no action,” I’m hearing. The complaint is second only to that of the Frozen Middle, though there’s some overlap between the two groups.

Here we are, my network tells me, finally getting not only permission but push from the highest levels to go do something different…and we’ve not been seeing as much progress as could have been.  Gates have been opened to us and yet not many are walking through. They say they are, yet their feet aren’t moving. Or not much. And they retreat at the first sign of risk.

I get it. It’s hard. Especially when you’ve been burned or you’re afraid you will be.

Every 6 months, I set aside an hour for a Skype session with a counselor who coaches me through my PTSD.   She gives me insights and homework, I go away and do the deep work, and life gets lighter and better.

This last time, she said something simple and personal, and I had a lightbulb moment professionally that answered the question I’d been asking myself about why so many good people just won’t break down their own barriers.

She congratulated me on a breakthrough that had been a long time coming, on the hard work, and the critical thinking and—

Critical thinking?  I’ve heard that term so often in the Acquisition world and yet, I’ve never really thought about critical thinking or what it is. Embarrassing but true.

To me, I simply equated it with analysis. We do lots of that in Acquisition. In acquisition strategy, in pricing, in negotiations.  But critical thinking, I saw for the first time, is much more than just analyzing a problem.

Critical thinking is the deep work.

It’s not buying a self-help book you read and never implement or attending innovation conferences and never putting anything into practice but repetition of the latest buzzword.

It’s not going to a counselor for guidance and not thinking about the problem until the next appointment and it’s not listening to senior leaders and Congress giving you a prescription or permissions and then going back to business as usual while claiming to be ready and willing to change your world.

acknowledging the problem and

digging deep to figure out where the problem comes from,

what resources need to be redirected to fix it,

what alternatives do you have now that you didn’t before,

how does resolution look,

how does failure look,

how do you get there from here,

what baby steps can you take today,

what quantum leaps can you take tomorrow,

who supports you emotionally or financially or any other significant way,

who will partner with you to help you reach your goal,

which people do you avoid who themselves would sabotage you,

who is at cross-purposes with you and can you build bridges to them and with them,

what other points of view have you not considered,

how do you break the pattern,

how does not breaking that pattern protect some part of you that’s afraid things might get worse,

how do you make peace with that part of yourself that was burned before,

how do you set structure around the problem so you don’t get burned again,

how do you recognize that the armor that protects the part of you who was burned before is valid,

what part of your true self as an innovator has been lost,

what beliefs do you carry about innovation and how to innovate and the risks of innovation,

how do you restore that enthusiasm about positive change,

how do you draw out that original innovator within you and put that part of you in charge of your acquisition,

how do you…do so much more than just analysis?

It’s not analyzing the situation and then hiding in your office or under your desk and exclaiming “Woe is me! I’m helpless to change the **** in my life!” No, it’s wading in deep to figure out how to fix it instead of just looking the other way—or looking at it and doing nothing.

It’s not insulating yourself from all risks by refusing to take action or going back to how it’s always been done because that’s the safest. No, everything in life and in work is a risk and you can’t move forward if you don’t risk taking a step.

Critical thinking is about hard work of figuring it all out, not giving up when it gets hard, but most of all, it’s about taking action. That’s the difference in analysis and critical thinking.

Among most Acquisition professionals, analysis is our scarecrow.   We collect data and analyze it—to death, sometimes—and then let the data make the yes or no decision or decide by indecision, instead of using data as a tool to dig deeper and find a way to take action, to find…better answers for the long-term…so we can move forward.

Here are a few videos to help get you started: