It Can’t Be Just You Making a Difference 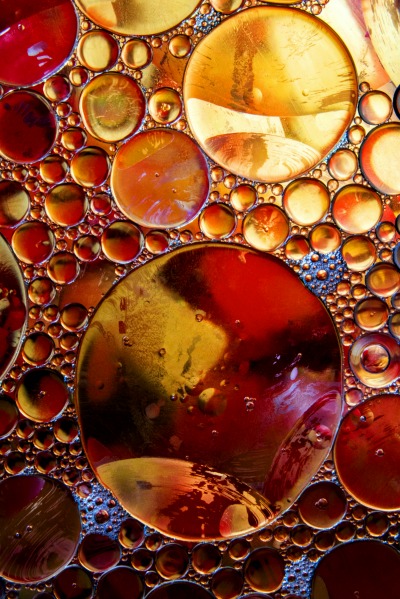 It’s not the hero who creates long-lasting change: it’s the fractals.

It can’t be just you. Ever. No matter how good you are at disrupting the status quo.

It can’t be just you out there, creating and driving change. If it is just you, then as soon as you’re gone, then so is the change.

It’s true of almost anything, but if you want to change the Acquisition culture or the Contracting mindset, it can’t be just you.

Last January, while a full-time travelling consultant with a new medical diagnosis I was determined to reverse, I thought the heroics of one restaurant manager were the same as the work attitude of the entire company. I couldn’t tell the difference until she took a few days off, and then I understood just how unexceptional the restaurant was when her staff took over.

Not unlike the organizations of some disruptors.

I had kicked off the new year at a hotel near a client, but I was surprised to find that my “kitchenette” was essentially a-cup-of-hot-chocolate-sized microwave and a non-gluten-free toaster. That was a big problem since my medical diet required I either cook for myself and store leftovers or risk a chef’s putting sugar in salads and vegetables (it happens – a lot). The lack of a stove-top and grocery-sized fridge forced me to a small restaurant nearby, where I discovered the manager tending bar and serving food…that I couldn’t eat.

After seeing my distress over the menu, she did what a good Contracting Officer does: she got creative in helping me acquire the best solution to an urgent problem.

On each visit, she worked with me to find alternatives and substitutes that wouldn’t spike my blood sugar, and many of their offerings were made from scratch, without hidden starches. I was impressed! Not just with her but with her entire staff. They went out of their way to accommodate my dietary restrictions, and she used me as an example to their kitchen employees of why customer service matters.

After about a half-dozen meals there, I popped in on her day off for one of the four dishes I could eat without harm. The “energy” of the room was dull, lifeless. The server was slow to respond but fast with texting and gossiping with another server within earshot. The kitchen made mistakes and the food had to be sent back twice. They took short-cuts, and my blood sugar was abnormally high when I tested it a few hours later. If I’d had better dining choices in the area, I would’ve quit my patronage of that restaurant that day.

I didn’t, so the next day, I was back. The manager was back. Everything was its usual happy atmosphere with great service and great solutions.

Maybe it’s a fluke, I told myself.

The next time she was absent, the poor service and poor food repeated. I wasn’t allowed to substitute lettuce for rice. The server brought me sugary tea instead of unsweet. During my tenure there, I saw the pattern. If the manager was there, the restaurant was great. If not…bleh.

When you’re not here, it’s really bad, I wanted to tell her. I didn’t though.

Why? Because I knew she would be stressed to know how everything fell apart when she wasn’t there. I didn’t want to make her feel bad about how poorly her employees performed every time she missed a day with exhausted sniffles or her kid’s school play. She was working 12-hour days, six days a week, and I didn’t want to burden her with it not being enough.

But it wasn’t enough because it was just her, just the manager holding up the sky. I had to tell her she had a problem, but as you might guess, she was already aware of it.

Eventually, she hired an assistant manager with the same attitude and work ethic, and it wasn’t just her anymore. The life force within the restaurant stayed upbeat and the food and service consistently good and good for me. No matter how hard she worked, there wasn’t enough of her to go around. To change the culture and keep it changed, she needed fractals.

Fractals was a term I coined in April 2014 at SOCOM’s inaugural Revolutionary Acquisition Techniques, Procedures, and Collaboration (RATPAC) event where I taught innovative contracting tools to junior acquirers. I first used it there, and it stuck. I’d spent the night before looking for new book covers for publishing projects and had gone down a rabbit hole looking at covers with repeating patterns…fractals.

Each larger pattern was made up of smaller units of the same pattern. I’d had success with creating a rapid-minded organization that reflected my creative contracting mindset. As each new person came to the organization, they became fractals, taking on the pattern of the larger organization. When they left, they took that pattern to new organizations.

It’s fractals that change the culture. It’s not that manager—although she does a jam-up good job when she’s present. It’s the fractals she creates, the employees who bear her service-oriented mindset, the ones who are there when she isn’t and who may later take this new mindset with them to other jobs or into their personal lives.

It’s not her, not the hero, but the fractals who provide the long-lasting wave of change.