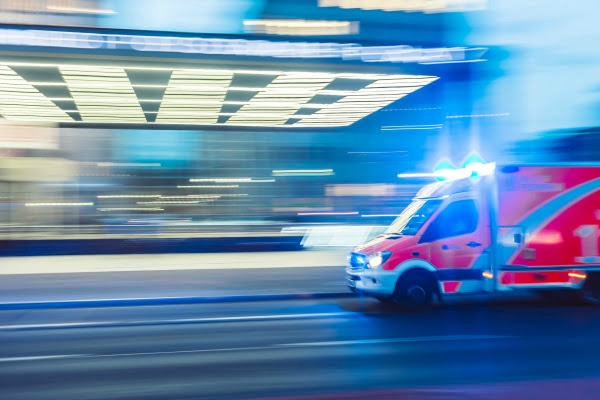 Urgency doesn’t go away just because some time has passed.

You might not think that a properly documented and truly urgent requirement would get questioned—or even denied—by staff reviewers, but it does happen and for the oddest reason: the passage of time, the same passage of time that makes the need even more desperate.

Usually, having a UON—an Urgent Operational Need—in hand and funding in the queue means a ticket to going superfast. But what if that UON or its equivalent wasn’t crafted yesterday? Or last week? What if it was written several months ago? Maybe a couple of seasons ago?

That’s when some reviewers and approvers start to flinch. Non-technical reviewers. Non-requirers. Non guys-in-the-trenches-hoping-to-survive-and-get-back-home. Suddenly they question the requirement’s urgency based strictly on when it was written, not on the fact that it’s yet to be resolved. The urgent sole source documentation for the contract file or to issue an undefinitized contractual action or a letter contract gets stopped cold for literally weeks or months at a time.

“If it’s so urgent, why hasn’t it already been awarded?”*

“This was urgent nine months ago. It can’t be urgent now.”*

“Oh, the Program Office thinks everything is urgent. If this UON were still urgent, they would’ve found a way to get it on contract when the need first arose.”*

After decades of working quick reaction contracts for multiple customers, I’m stymied by the barrier of this recent objection. No one seems to question the actual urgency, just whether it’s still urgent, and therefore, we don’t really need to go fast. Business as usual is plenty fast, hmmm? Because it can be urgent for only a little while, right?

Too often, the reason something urgent couldn’t be resolved right away is somehow related to funding: either the wrong color of money has to be corrected or paperwork goes to the wrong office. The Program Manager is at the mercy of Congressional reprogramming or waiting for someone in the bowels of the Pentagon to fix an administrative error, but the need itself is still there. It isn’t that the requirer wasn’t paying attention and suddenly decided a UON would make up for lost time as some reviewers have suggested.

That’s a discombobulated take on the saying, “Your lack of planning does not an emergency on my part make.”

Mostly, it’s hard for me to understand how someone not in the fray and not technical could question urgency or go out of their way to look for reasons that the urgency is false. Frustrated by shrugs every time I or a Program Manager tried to explain the technical reasons for an urgent need had not gone away and were growing worse by the day, I finally found a way to break the log jam, courtesy of my younger daughter’s horrific car wreck a few years ago.

First, know that my daughter survived and has fully recovered, except for occasional wanting to hit the brakes when she encounters an erratic driver in the lane next to her. She’s covered the burns on her arm with beautiful watercolor tattoos. She still gets wanded by TSA every single time she flies because the steering-wheel shaped dent in her leg makes her look like she’s Lara Croft with something strapped to her outer thigh. But other than that, life is good because she’s full of life.

If the situation sounds dire, it certainly was.

“Just like with urgent need documents that are stale,” I explain to those who screw their mouths to one side and can’t understand. “What the warfighter desperately needed six months ago is just as desperately needed now because we haven’t awarded that contract yet.”

You see, in my daughter’s case, the urgent need arose when the vehicle in front of her suddenly hit the brakes on a busy interstate. She wasn’t texting or distracted. She was paying attention and braked but still hit at 40+ mph. When the entire front of her highest rated car crumpled and caved in around her so that she sat in a tiny bubble, she had an urgent requirement to be out of danger.

Just as UONs and other urgent needs arise out of a threat, that moment was urgent and didn’t get better without some action taken to resolve the threat.

But the requirement for her to escape danger wasn’t answered immediately. Not because of a funding issue or not having the right signature. Regardless of why the requirement wasn’t answered immediately, it was still urgent. Months didn’t pass between the emergence of the threat and a first responder pulling her from the car, but time did pass and with growing urgency every second.

Can we all agree that at that moment, the need was urgent? Why? Because even though she wasn’t mortally injured in the first hit, she was still sitting in traffic. The urgency to get out of there was growing. Time was passing but not lessening the need.

A few seconds later, the vehicle behind her plowed into her stalled car at 70+ mph, crumpled the entire back half of her highest rated car, and spun her around into oncoming traffic in a now completely disabled vehicle.

Time had passed without a resolution or mitigation of the threat, and the urgent need was not only still urgent but even more urgent now as she was trapped with no chance of moving out of the way under her own power.

“Has the urgency subsided just because time has passed?” I would ask the reviewer arguing over a stale UON. “Or was it more important than ever that my kid get to safety before the next car T-boned the only survivable bubble left? How much of a pile-up do we need from this UON before we can agree the situation was urgent, is urgent, and will still be urgent until we can deliver a solution?”

Sometimes the usual rationale for an acquisition problem doesn’t hit the right nerve with people who push the paper and its requisite signatures around their desks. You need to find a real story that they can relate to, so they can understand the life or death definition of urgent, like this one.

Fortunately for my daughter, first responders from an accident across the road were on the scene quickly and all oncoming traffic was diverted. Her urgent need was answered quickly, even while it became more and more urgent. If someone hadn’t taken action to get her to safety, the need would indeed have resolved itself but in a much worse way.

When you’re solving a UON, you’re pulling someone’s son or daughter out of danger, and if you’re not the only one who can get there on time, at least don’t hinder those who are running fast to the scene.