The Importance of User Stories 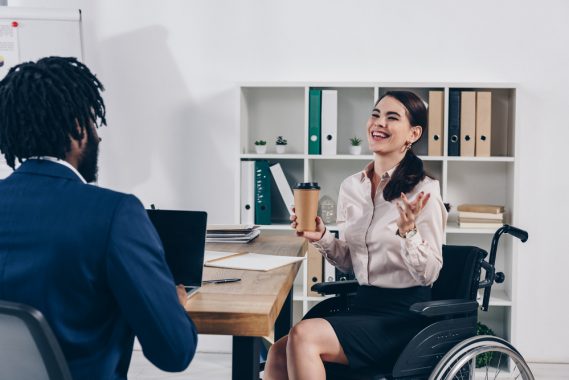 Collecting and listening to the real life experiences–user stories–can tell you the HOW and UNDER WHAT CONDITIONS you won’t find in regulations and help you to avoid mistakes you didn’t realize were possible.

A few months ago, I got a call from my doctor’s office, the kind of call that knocks your feet out from under you—not totally unlike when things go amiss with a big procurement.

The best-case solution, my doctor said, was a simple but relatively new procedure that would have me back on my feet in a few days. He gave me a fist full of brochures about the procedure and pointed out several studies that echoed his nonchalance—not totally unlike when a “simple requirement” hits your desk at work with an unrealistic timeline but total confidence that you’ll figure it out.

I went home and read all the literature from the medical community, including every study I could find. They all told me the who, what, when, where, and how much related to the medical procedure and its outcomes. Something was missing though. The how and under what conditions were almost nowhere to be found in the research I devoured.

Against my doctor’s wishes, I decided to take a nerve-racking risk and delay the procedure for a full month. My daughter was getting married, and I didn’t want to risk missing her wedding due to any unforeseen complications. Complications were rare, I was assured, and anyone who had differing results was obviously abnormal because no one talked about their failures, only their successes.

During that next month, I dove headlong into three or four private internet forums where women talked about their experiences with this new procedure, the myriad complications they weren’t warned about, and what they had learned about a gentler recovery and better outcome.

The user stories were nothing like the data I had been given from studies as well as from my own doctor, all of which were undeniable successes in the immediate time frame of each study. When I quizzed several physicians about this, they all told me that there was little to no evidence from studies of any of these long-term complications, but they also admitted that the subject had not been studied enough and they were relying primarily on what they had been taught in terms of required guidelines to follow and expected immediate results.

Yeah. Kind of like depending on only what’s in the FAR.

In spite of the great information in these studies, it was the user stories—the firsthand experiences of challenges and successes—that armed me with everything I needed to know to have a successful procedure and a superior outcome. Weeks before my next appointment, I was already taking supplements that dozens of women had reported making a difference in their recovery, and I had made all the proper preparations to avoid the mistakes made by other women after their procedures, like horror stories of hitting the gym too soon in the allowed time frame for return to activity. Because I knew—from user stories—what to expect and how to make the best of it, rather than from the packaged data I had been given in the form of brochures, my recovery was a breeze.

The secret to my luck has not been brochures from a doctor’s office or abstracts from various studies, though both were useful. The secret to preventing a lot of unnecessary and potentially permanent pain has been talking to those who have gone before me who were willing to share.

It’s the same way in Acquisition. Databases collect contract numbers, program names, award dates, Contractor names, number of calendar days of lead time from purchase request to solicitation and from solicitation to proposal receipt and from proposal receipt to technical evaluation and from technical evaluation to negotiation settlement and from negotiation settlement to contract award…but none of that data, usually nicely, objectively packaged, tells you what a user story can tell you.

Sure, the FAR tells you what to do and policy may tell you why to do it, but it doesn’t substitute for finding someone who has set a precedent, someone who has experienced the same situation before you and can tell you all about those unforeseen little glitches. Unforeseen glitches will happen regardless, and those you just have to roll with.

Success stories are easily captured, but you can learn more from a user story that details failure after failure and what finally worked. User stories don’t have to be successes to be valuable, and just as failing a system test can tell you more about how to ensure success in the long run, so can a user story that points out what didn’t work the first time or even the fifth time.

How do you find a good user story?  Start with the people who’ve failed.  Listen to their stories and ask hard, but not judgmental, questions.  Talk to people with successful user stories–they tend to be much easier to find.   If you have access to contract databases or repositories, run a report on that particular type of contract, sole source citation,  or funding source and then go talk to the Program Manager or Contracting Officer.  If you can’t find any user stories locally, try the appropriate Community of Practice (COP) at DAU or their Powerful Examples, a Facebook forum for Contracting, or an Acquisition network on LinkedIn.

With such a push toward big data and on using data to make decisions on how we live our lives, supplement our health, and acquire technology for tomorrow, let’s not forget the advantages of collecting and listening to the real life experiences of those who have gone before us. It’s a lot less painful to learn from someone else’s experiences.