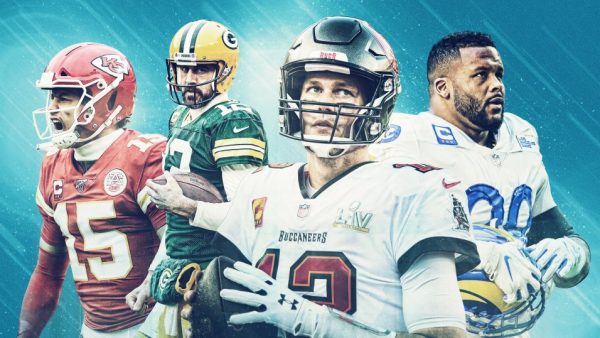 The NFL is back in action, and millions of Americans are excited about the upcoming season! Typically, when reading a business book, I tie it to DoD acquisitions in a blog post. How can we tie football to DoD? Mission Engineering.

In football, the thing I love the most is how it is all connected. How the team must play as a cohesive unit to be successful. A team must maximize its star players, minimize its weaknesses, and tailor play calling based on their strengths, weaknesses, and how their capabilities can be organized to best counter their opponents’ strengths and weaknesses. In DoD, Mission Engineering ties together many current and emerging capabilities for a mission thread. It identifies the strengths and weaknesses in a kill chain and seeks to plan, develop, and integrate capabilities to maximize mission impact in a high-density threat environment.

In football, a stud wide receiver that draws a double team from the defense, opens holes for the running back and other receivers. Injuries or weaknesses in an offensive line could negate a Pro Bowl quarterback who doesn’t have time to throw – see the last Superbowl. A team with a strong defense gives more opportunities for the offense to score and enables wins in low scoring games. Conversely a team with a weak offense that regularly goes 3-and-out, puts more pressure on the defense who are on the field longer and end up gassed by the 4th quarter. DoD has exquisite major systems that can dominate a conflict, yet a cyber vulnerability or parts shortage could drive critical mission failures or readiness issues. Achieving air superiority is a foundational element to dominating a battlefield, while ground forces are needed for kicking in doors during ground tactical missions.  How do we connect the sensors, C2, and shooters in a theater to get inside the OODA loop of our adversaries for rapid and effective operations?

There are also a few extraordinary players that can be game changers, central to a championship or dynasty. Tom Brady regularly took pay cuts so the team can invest in players around him to win seven championships. Other star quarterbacks signed massive contract deals, yet the teams didn’t have sufficient funding to attract a star wide receiver to throw to or an offensive line to protect them. With a salary cap, NFL teams must plan wisely where to invest their constrained resources. Mission Engineering enables DoD’s general managers (Services) and coaches (Combatant Commanders) to identify where they should invest resources, research, and development. Should the DoD invest most of its budget on its F-35 Pro Bowl quarterback or strike a balance with an Army ground game and Naval defense? If DoD made a small investment to connect two major defense systems, it could generate a huge ROI to strengthen the Joint force for a critical mission thread.

Each week, NFL teams focus on strengthening their execution, but also tailoring their strategies based on the opponent they’re facing. For example, if an opponent has a strong pass rush defense, the offense may need to adjust its strategy and plays, to include more screen passes to their slot receiver. Teams will analyze past games of their opponents to shape their strategies and practices in preparation for the game. This is where Mission Engineering must be tightly aligned with defense intelligence analysis and wargaming to shape investments, designs, and operational tactics. As the National Defense Strategy outlines: “Success no longer goes to the country that develops a new technology first, but rather to the one that better integrates it and adapts its way of fighting.” As we experiment with and deliver new solutions, it is critical for operators, acquirers, and developers to collaborate and iterate on technologies and tactics. These insights should be tightly integrated with Mission Engineering models and strategies.

NFL teams must also maintain a strong pipeline of new, younger players to replace costly, aging veterans. They do this by drafting star college football players and signing them to more affordable rookie contracts. NFL draft strategies include drafting players to address critical gaps or weaknesses a team may have as well as the “best player available” who may build on a team’s existing strength. Similarly, the DoD requires a robust innovation pipeline from science and technology, research and development projects across DoD and industry. They can address critical operational capability gaps, technical challenges, or game changing novel technologies. Long term roadmaps identify next generation systems to replace decades old legacy systems. Mission engineering is critical to identifying where to focus investments, research, and architectures beyond individual programs to optimize mission threads.

Major League Baseball harnessed data analytics (Sabermetrics popularized by Moneyball) to focus on the key measures to winning games. DoD continues to harness data to drive decisions and fuel AI solutions. The NFL and DoD operate in a more complex environment which requires mission engineering like strategies and analysis to maximize performance on the battlefields.