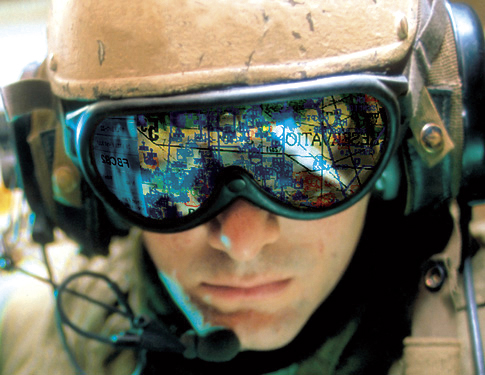 A priority aspect of the Software Acquisition Pathway is actively engaging users during development to provide insights and feedback. This is done in part through User Agreements and Value Assessments. User agreements drive a commitment to get users involved in shaping requirements, collaborating with development teams, and assessing interim and delivered software. Value assessments are formal feedback from the operational community required at least annually. Ideally users provide feedback, formally and informally, regularly throughout the year. Let’s dive into why this is important.

As a former Air Force program manager, I worked in program offices for major weapon systems and major software systems. While I met users from time to time in meetings or demos, there rarely was a tight bond. Rarely did I see how my day-to-day work would impact their lives. We all worked to enable “the Warfighters” to be successful, yet they were often a faceless, nameless group that few acquisition professionals had a direct connection with.

Now imagine you’re an acquisition professional in a software program office and are involved in two extreme examples. You meet with a small group of users who tell you operational stories about the software you helped deliver last year.

In the first example, the users tell you:

“We used your software in the middle of a heated battle. The software’s user interface was clunky, and it drove confusion among the operators. There was debate on the data accuracy and the software took a long time to deliver the needed results. As a result of the chaos, three soldiers were killed in combat.”

How would that make you feel? You would likely be devastated. You would likely not sleep well for the next few weeks with that burden of guilt. Some may quit their job and walk away. Others may redouble their efforts to fix the issues in the software and processes to ensure this never happens again.

In the second example, the users tell you how delighted they are that the new software release increased the range of the system from 10 miles to 15. They discuss a mission:

“Enemy forces were located 13 miles away. Without the new capabilities you delivered, they would have never seen the enemy, nor been able to react. They would have most certainly attacked our forces risking our lives and the mission. Yet with the upgraded system, we were able to neutralize the enemy and accomplish an important mission. Thank you!”

How would you react to this news? You would be ecstatic! You’ll energetically discuss with your team, what can we do next to help them? How can we improve as a team and how can I improve personally so we can deliver valuable software faster to the users? This provides a huge surge of dopamine, far beyond getting a bunch of likes on your latest social media post, that your brain will crave more of.

Rarely will we encounter these extremes, but how often do acquisition professionals and developers get this feedback? They play their part pushing papers as a cog in the complex bureaucratic machine, with little feedback if at all on whether what you’ve done has moved the needle.

Now imagine if every year (or a few times a year), your program office got a report card from the users. It would include things like: “Thank you for these new capabilities, they helped us do X…” or “We saw little value in release X, we really need additional functionality ASAP due to these critical operations and threats.”

Imagine if once a month your team of acquisition professionals and software developers got on a virtual call with a group of users who provided firsthand accounts of their operational environment, challenges, and needs. Imagine you could demo the next iteration with them and get their immediate feedback to shape designs, investments, and developments. Imagine after a year or two, you’ve built a relationship with these users, and they provided you feedback on how your software was making a difference on the front lines.

How powerful would that be relative to the traditional acquisition environment?