What Every Wannabe Innovation Hub Should be Asking 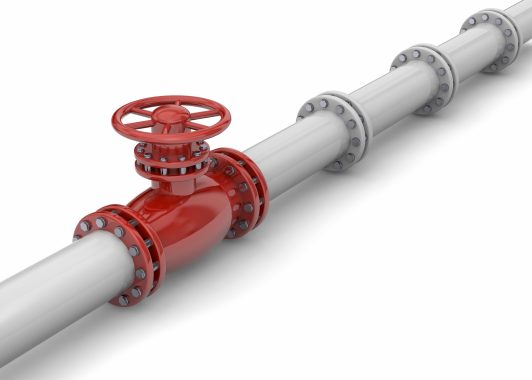 Thinking about starting your own innovation hub or organization? When planning at the very beginning, look ahead to see where the Acquisition pipeline leads, and decide how to resource the next stage. All those plans to award new contracts mean nothing if you don’t have Contracting authority or agreements to borrow someone else’s Contracting Officers.

One of the big themes for the year 2022 is long-term thinking, which includes acquisition strategies across the Valley of Death, the supply chain, cybersecurity, 5G and beyond, additive manufacturing, etc. Another theme for 2022 is that contracting is too slow.

One of the things we definitely learned about in 2020 and 2021, courtesy of the pandemic, was supply and demand, especially as we rolled from one phase to the next.

I watched in mild fascination—and sometimes horror—as we tried to match personal protection equipment (PPE) with frontline medical personal. I watched in mild amusement in mid-March 2020—amusement only because I had accidentally bought a 60-roll package of toilet paper online in early February 2020 instead of a 6-roll package—as grocery stores struggled to fulfill the need when shutdowns began and people knew the one thing they could not live without.

About six weeks later, I mourned the disappearance of blondes everywhere as the demand for hair dye exceeded supply as closed salons gave way to try-to-do-it-yourself (T2DIY).

I watched with pride as my wedding photographer daughter pivoted her business model successfully from mega weddings with all day festivities to micro weddings of ten or less in upscale venues.

I saw my favorite restaurant look ahead and realize they could not stay in business if people could not come in unless they changed their model and began making and delivering keto meals.

I watched entrepreneurs turn challenge into opportunity during a tough time by looking ahead to the next phase, to who would be affected next and how.  They looked ahead like prophets and then pivoted, swiveled, flew upside down to make sure they could meet a need before it happened.

Granted, not everyone was that fortunate to be able to look ahead or to be able to do anything about it, even if they could foresee what was coming.  Some, like two long-time close friends of mine, didn’t survive it and the world is dimmer without them in it. The timeline is forever changed.

I’m a student of history and believe that the ramifications will be with us always, just as all major plagues have had long-term changes in society, economics, politics, and more. We were already seeing a shift in the food service industry, in telework, and in Acquisition (among others) before the pandemic, and there’s no going back to where we were. Even in our career field, it’s hard to say we can’t work from home successfully—when we have—or that we can’t turn a contract quickly—when we have. Plagues are quantum leaps in the timeline, and there are hard lessons but ones we can act on for a better future in Acquisition.

I love the idea of innovation hubs, a term that I tend to use when I want to lump together accelerators, incubators, and various organizations that the Government has launched to support tech transfer and encourage non-traditional defense contractors to collaborate with the Government. Few of these innovation hubs have Contracting authority—in other words, a Contracting Officer either hired specifically to award contracts based on the prototypes, studies, demos, and experiments with industry and academia.  Some will “borrow” a Contracting Officer from a particular organization.

When Program Managers—including those who work in or with innovation hubs—complain to me that their buying offices are too slow, my first inclination is to find out why. Sometimes, yes, Contracting Officers are sticks in the mud who don’t want to do anything new and different.

Sometimes they are wildly passionate about what they do and you can see the sparkle in their eyes when they talk about using Other Transactions or some science fiction-like new technology, but they have to live with restrictions above their pay grade.

Sometimes it is a matter of just not having the resources, specifically manning and equipment. If you are familiar with the expression, “the beatings will continue until morale improves,” that is how it feels for Contracting personnel who work twice their scheduled hours and are still criticized for being too slow. The last time I talked to a buying office that wasn’t under-resourced was one particular case in 2013, and before that, I’d probably have to go back to the 1990s.

It is not unusual for personnel cuts to create despair, where those left behind are rewarded with even more work. It is also not unusual for a personnel cut on the technical side of the house to be softened by using advisory and assistance services (A&AS) to acquire similar skill sets. It is extremely unusual for cuts to Contracting personnel to be ameliorated with contracted-out buyers, price analysts, and especially Contracting Officers. Although there is some disagreement over whether any Contracting activities may be contracted-out or if they are all inherent government functions, a Program Manager may replace his engineers with contracted-out engineers paid for with a separate pool of money, but the Contracting boss is stuck with trying to figure out how to do more with less until eventually they are trying to do everything with no one at all.

What about sustainment of what we’re creating? Or, more specifically, what Contracting offices and other functionals will be affected by our wild success?

It is sad to see a handful of devoted Contracting personnel who can’t keep up with their current workloads eyeing a tidal wave of new work coming their way—especially when they know all the forethought that went into resourcing the innovation hub that will be deemed more successful with more efforts that go to contract, and yet out of a couple dozen personnel to outfit a hub, the Contracting office can’t get a single plus-up. Sure, I want these wonderful producers of technology collaboration to be successful and to think about where those bright shiny prototypes will end up after the R&D or commercial contract is written.

But what almost no one thinks about in the beginning is resourcing for the next wave in the innovation life cycle.  There’s a next phase in every timeline, what some call the Acquisition pipeline. The pipeline is about more than the next generation of technology—it’s also about having the right resources to handle the next phase before you’re stranded in the middle of it.

Or you could think of it this way:  when you know you’re going to award a contract for supplies or services, you do your market research and then craft your acquisition strategy for the immediate buy and hopefully do a little planning for the longer term strategy across the Valley of Death. Why not use the same thought process to set up your new innovation hub?  Do your research, including talking to mature hubs and innovation organizations, then develop a strategy that includes how you resource the immediate activities and the next phase(s) in the pipeline.

Think ahead to what comes next as a result of what’s happening now.  Don’t be a paper pusher–be a pipeline partner.  You’ll not only look like a visionary, but you’ll be setting up yourself and your organization for success.