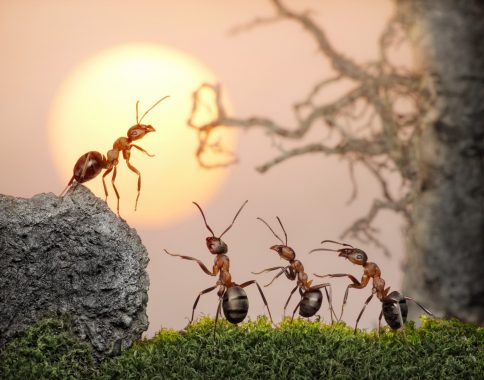 Leaders make policy with certain intentions, but will the workforce interpret it as intended? How can a leader help the workforce better understand the intent?

No matter how many policies and acquisition tools come down from senior leaders — regardless of how creative, streamlined, or innovative — I almost always feel there is something missing that hinders the acquirers down in the trenches. I’ve finally put my finger on it: the communication of intention and a wide and often conservative variety of interpretations.

Back in college, I learned deep thinking through a series of advanced English classes, something that has been important to me regardless of the career path I chose. My term paper for the first class was an annotated bibliography of 30-plus scholarly articles — all interpretations — of James Joyce’s short story, “The Dead,” and what he’d intended. If you are not familiar with the story, among other themes, it’s about a man thinking about his stagnant life only to discover that his wife once long ago knew passion he himself has never felt, and it was from a boy who died in her youth. Although this story has become more meaningful to me at midlife, the exercise of reading through multiple experts’ interpretations of the story made a lasting impression that to this day influences my interpretation of scope and other acquisition terminology.

I was appalled at some of the supposed symbolism and intention attributed to James Joyce and the writing of his story. It was the first time in my life at age 18 of disagreeing with a major authority in the scholarly world. You know, like a GS-7 contract specialist arguing with a Policy Chief or a tech director about how to interpret a new policy letter that maybe shouldn’t be implemented in the most conservative way possible. I had spent weeks combing through the archives of my university library, closing it down every single night while on my treasure hunt to find gold in, ahem, pre-internet print journals. Most of the experts offered plausible explanations for what James Joyce had meant by an unusual phrase or place name because they were, after all, experts. It was their job, just like some jobs in Acquisition, to interpret meaningful words. However, the one literary analysis I took exception to made no sense at all.

Fearing I would botch my GPA over this term paper, I approached my professor and told her I had found an expert I didn’t agree with. To my surprise, she congratulated me on not just accepting an expert’s interpretation of the author’s intention.  Yes, she laughed at me.  I was, after all, 18 and naïve about authority figures.

At the beginning of my Acquisition career, the difference between intention and interpretation was driven home again after my very first book was published. But the same thing has happened with every book since. There’s always someone out there who insists I wrote the story of their life, usually bad stuff. That begs the question, “What exactly are you doing that you see yourself in the villain I’ve drawn?” Most of the time the interpretations can be attributed to the universality of the human experience. I can’t control how someone interprets what I write, only my intention.

The same is true for Acquisition leaders and their staff who push out new processes, procedures, policies. They know their intentions, but it is not always communicated and that means it’s open to interpretation that might have little to do with intention.

I spent nine years in Contracting staff offices, six of those in a policy office. During that time, I saw the kernel of new policies. Sometimes months would go by while a policy letter went through various iterations of review, each one honing it, simplifying it, formalizing it, too often taking out the original meaning without realizing it. When the letter was signed out, I would see people in the trenches try to interpret it, and sometimes it was in an opposite way than I knew was intended, but the only reason I knew what was intended was I had witnessed its genesis first hand.

We are luckier now:  we have technology that captures intention in ways we didn’t before.  We have recorded webinars and speeches.  We have video streaming that can be captured and replayed if we didn’t understand the need for a new policy. I highly encourage those who create new policies and those who teach new processes to spend a little bit of time on what was intended. I love seeing two-minute video clips from Acquisition leaders explaining what was going on in their heads when they said, “Hey, let’s go do this!” If we want people in the trenches to interpret correctly or even to know that they’re allowed to interpret broadly, then we need to tell them what the intention was, give them some back story.

Although the policy and procedure writers are down in the muck with their policies and procedures every day, they know the intention from living and breathing it whereas a newcomer, seeing it for the first time, views it from their own frame of reference. Teaching what something looks like, templates, and real-life examples are all good ways of showing acquirers how to get the job done through this new process, tool, procedure, policy. Those trying to be first to implement it though will have more trouble due to a lack of history. If they are first, they can’t point to three real-life examples and say, ”Look, this is how we are supposed to use this: this is what was intended.” That means they have to put more of their energy into defending their interpretations when someone who approves their work has a different take on the policy.

For new ways of doing business, it is especially important to explain what is intended so that no one in the trenches can interpret badly.  Here are two superb current examples of laying out an intention to the workforce about the Adaptive Acquisition Framework. 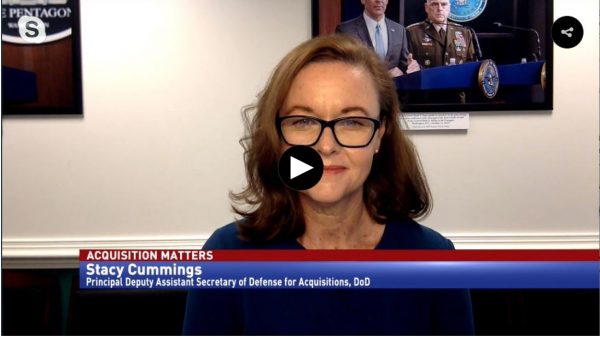 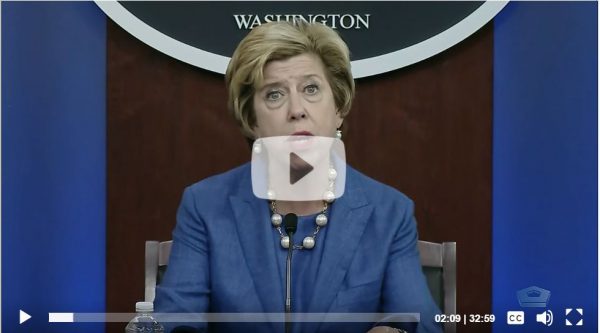 Ellen Lord, Undersecretary of Defense for Acquisition and Sustainment, briefs the intentions behind the Adaptive Acquisition Framework.