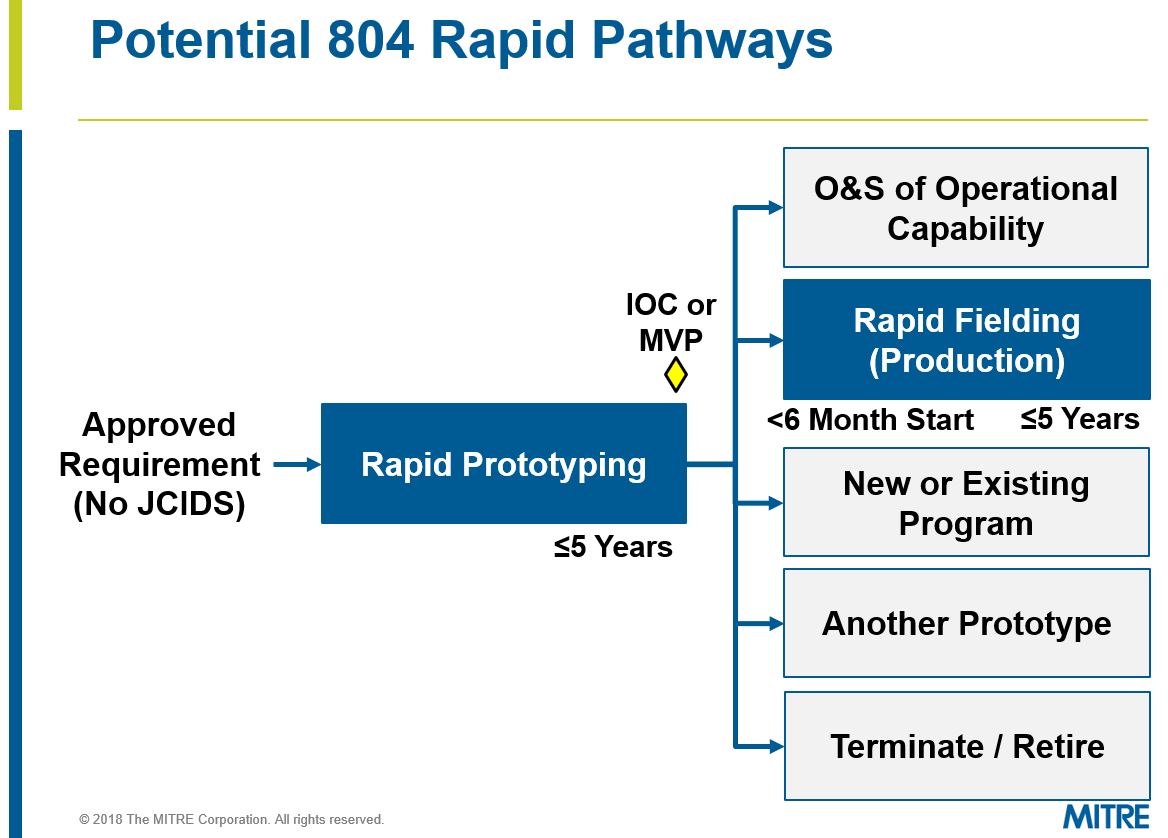 Rapid prototyping actions will end with the MDA determining if the effort results in a subsequent prototype, initiation of rapid fielding, transition to a traditional program, inclusion in an existing program, or termination.

Transition. Upon successful operational demonstrations addressing validated requirements, rapid prototyping efforts should transition into procurement and fielding via rapid fielding authorities, incorporation in a current acquisition program or modification of a fielded system. As shown in Figure 2, transition to fielding can occur in multiple ways.

Example 1 shows that during rapid prototyping there can be an off ramp to allow for fielding an increment prior to the end of the five-year timeline. When transitioning to rapid fielding, the requirement will need to be revalidated, production will need to start within six months and fielding must be finished (as defined by the AROC) within five years. Additionally, the original prototyping effort may lead to a follow-on development that would lead to a separate fielding. 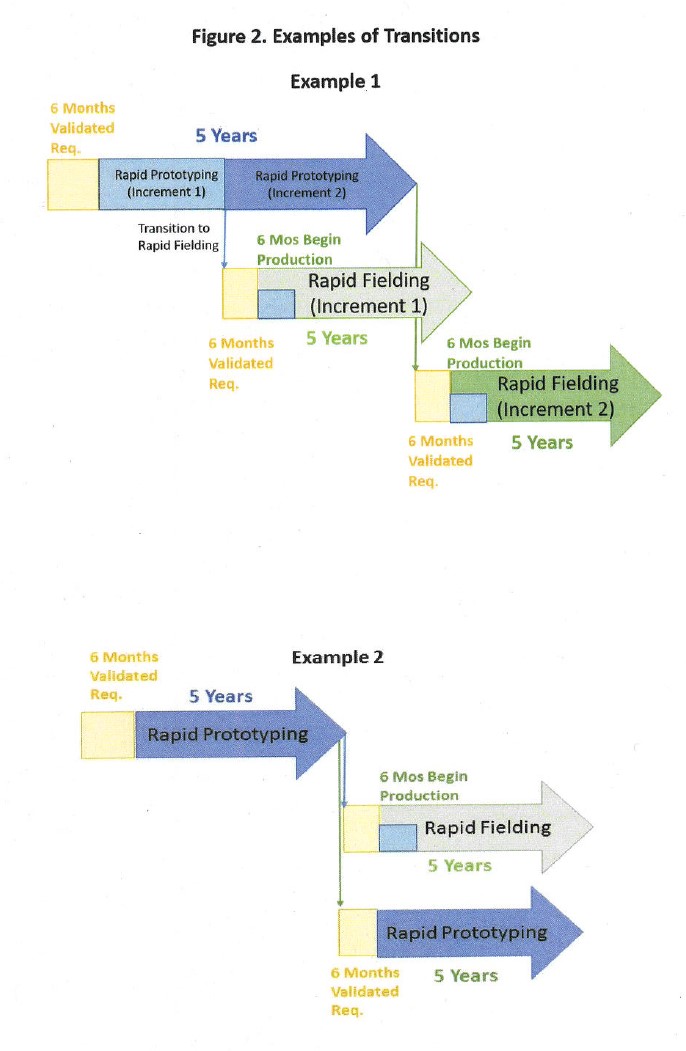 In example 3, the production off ramp leads to fielding the mature prototype through the traditional fielding method via a program of record. In this example, the fielded capability is not bound by the five-year limit that is associated with rapid fielding. This list of examples is not all inclusive.