Understanding the (Not So) Obvious 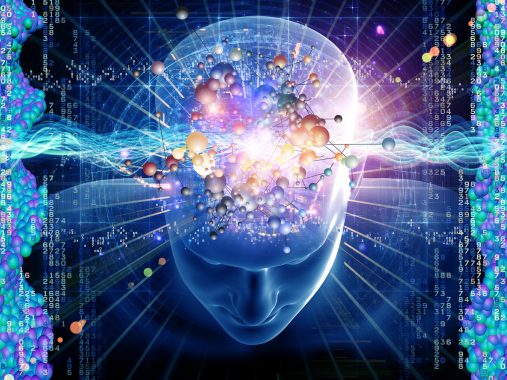 Even if you think you understand the other person and what they need, you may not know that you see the subject entirely differently and if you don’t know that, you won’t have a meeting of the minds.

In Acquisition, as with most areas of life, we sometimes cannot help one another because we not only don’t understand each other but we don’t even know that we don’t understand one another or what the other party needs.  That’s true of Industry and Government, engineers and contracting personnel, and any time you’re dealing with what could be a fruitful partnership that doesn’t live up to its potential.  Each party is so wired to how they experience the world that they cannot understand someone else’s experience.  They can’t even “seek first to understand, then to be understood” because they don’t realize that there’s anything different to understand.

“Just visualize the letters before you start to write down the word,” I told her on one particularly maddening night.

At school, she wasn’t allowed to cross out or start over during a spelling test, so she couldn’t change her mind half-way through the word.  She could spell every word on her list correctly, every week, except for one, and no matter how many times we practiced that week’s problem word, she’d bring home a graded test with it spelled wrong.  Argh!

“Just see the word in your head,” I told her after several more tries.

“I can’t see it in my head!” she wailed before giving up.

I didn’t understand how she couldn’t understand.  To me, it was so simple.   Hear the word, see it in your head, write it down.  I resigned myself to the fact that she either (1.) was distracted by her desire to play Oregon Trail or (2.) had her dad’s spelling genes.

Years later, on her way to earning a doctorate in how people think, she called me excitedly right after one of her upper level psychology courses.  “Mom!  I just learned in class why you think the weird way you think!”

“What do you mean by ‘weird way I think’?”  I wondered if I should be offended.

“Your weird memory and visualization and how you see things in your head.”  She went on to describe the class lecture that day.

That was the first time I realized that not everyone can visualize memories, imagine the meaning of a word, “see” the letters, or picture future manifestations.  To me, I lived it every single day, every hour.  It was so normal for me that I had never realized that even the people closest to me don’t actually see things in their head the way I do.  No wonder my middle-schooler and I were so frustrated with each other!  If I’d known—and really understood—that she couldn’t see those letters in her head, I would have come up with some other way to help her than the one that seemed obvious to me.

I see this kind of disconnect all the time between Government and Industry.  No matter how understanding a Contracting Officer thinks they are when it comes to barriers to working with the DoD, for example, they almost never grasp a small business’ true pain points.

I was reminded of our spelling test disconnection in several recent interactions with software engineers.   Every time a software engineer hears me talk about Contracting, I see their eyes glaze over in some kind of out-of-body experience because mentally they are far, far away.   There’s probably nothing I could ever say that would make the details of the FAR interesting.  It’s another language to them, just as code is another language to me and I might not fully understand what kind of software they want and what it needs to do—and how my contract strategy needs to keep up with it.  As long as we don’t recognize what we don’t even know is different, I won’t know how to craft that strategy to get what they need from a contractor and they won’t know what kind of information to give me to write the contract.

It’s too bad I can’t tap my watch when I’m in their presence and say, “Siri, please translate everything my engineer just said into Contracting-ese and then convert my response into engineer-ese.”

As long as we are burrowed into functional silos (contracting, engineering, program management, finance, logistics, etc) and sector silos (industry, Government, academia, etc), we are experts in our own “stuff” and hapless in what we think we know of theirs. It’s never, in my experience, been that the other party is stupid, but instead that we truly have to make an effort to understand what the other party needs and be patient and forthright in explaining what we need rather than indignant that they just don’t get it.  Yes, we need to have a “meeting of the minds” in the contract itself, as we are taught from early in our Acquisition careers, but we must also have a meeting of the minds outside of the contract before we attempt it.

Do you think you understand the obvious?   Just for grins, ask the people you see regularly if they can see in their heads something simple—letters of a word, a five-pointed green-and-white polka dot star, a scene you describe, a guided meditation you lead.  You might be surprised at how differently they perceive what we take for granted as universal.

If you’re surprised, that’s a good thing: it means you can find your common language and begin to fix your problems.